Professor of Classical and Near Eastern Studies and of Law 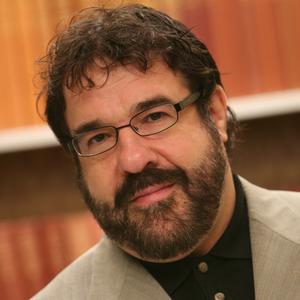 Professor Bernard M. Levinson is Professor of Classical and Near Eastern Studies and of Law at the University of Minnesota and holds the Berman Family Chair in Jewish Studies and Hebrew Bible. His research focuses on Hebrew Bible and ancient Near Eastern studies, specializing in biblical and cuneiform law (including the role of the ancient Near East in the emergence of constitutional thought); Deuteronomy and the history of interpretation; and literary approaches to biblical studies.

Professor Levinson teaches graduate courses in "Biblical Law and Jewish Ethics" and "Scripture and Interpretation in Israelite Religion and Judaism." He is on the editorial boards of Zeitschrift für Altorientalische und Biblische Rechtsgeschichte, Orientalia Biblica et Christiana, International Commentary on the Old Testament, and Journal of Ancient Judaism. He presents regularly at national and international conferences.

Professor Levinson received his B.A. degree in English and Intellectual History with First Class Honors in 1974 from York University in Toronto. He earned a M.A. degree in Religious Studies from McMaster University in Hamilton, Ontario in 1978 and a Ph.D. in Near Eastern and Judaic Studies from Brandeis University in 1991. He was a Visiting Scholar at the School of Theology, Johannes Gutenberg University, Mainz/Germany (1992-93). The interdisciplinary significance of his work has been recognized with appointments to the Institute for Advanced Study; the Wissenschaftskolleg zu Berlin/Berlin Institute for Advanced Study; and the National Humanities Center. Most recently, he spent the 2012–2013 academic year at the Institute for Advanced Studies in Jerusalem, where he co-directed an international research team on a project entitled "Convergence and Divergence in Pentateuchal Theory: Bridging the Academic Cultures of Israel, North America, and Europe."

For a list of publications, courses, and additional information about his research, please visit Professor Levinson's personal Web page.

Bernard M. Levinson in the news