Meili has been appointed to a newly created professorship, the James H. Michael Chair in International Human Rights Law; Zamoff, a clinical professor of law, has been named the J. Stewart and Mario Thomas McClendon Professor in Law and Alternative Dispute Resolution.

The James H. Michael Chair in International Human Rights Law, created to support “a clinical professorship in international human rights,” was endowed as a memorial legacy to Jim Michael ’47.  Michael had an illustrious career as an entrepreneur, including founding Michael Foods, acquiring Knutson Construction Company, and financing the formation of CorVel Corporation.

“I am especially pleased that it is our second permanent endowed professorship at the Law School designated for faculty working primarily in our clinics,” said Dean Garry W. Jenkins in announcing the new professorship.

Meili joined the Law School in 2008, became a tenured associate professor in 2018. He previously held the James H. Binger Professorship in Clinical Law (awarded in 2019). He writes and teaches about the rights of noncitizens, particularly those seeking asylum. He is also director of the Law School’s Immigration and Human Rights Clinic, where students represent asylum-seekers and trafficking victims in various immigration and appellate court proceedings.

Meili’s articles have appeared in the Harvard Human Rights Journal, Georgetown Immigration Law Journal, Columbia Human Rights Law Review, and the Vanderbilt Journal of Transnational Law, among others. In 2011, Meili was awarded the Stanley V. Kinyon Clinical Teacher of the Year Award. He also held the Vaughn G. Papke Clinical Professorship in Law from 2012 to 2014.

Zamoff joined Minnesota Law’s faculty in 2017, and was promoted to clinical professor in  2021. He serves as director of the law school’s litigation program, chair of the civil litigation concentration, and co-director of the law in practice program. He teaches and writes in the areas of alternative dispute resolution, civil procedure, evidence, evidence drafting, and law in practice. He is a two-time recipient of the Stanley V. Kinyon Teacher of the Year Award (2016 & 2021). He is also member of the American Arbitration Association Council and a highly regarded neutral.

The J. Stewart and Mario Thomas McClendon Professor in Law and Alternative Dispute Resolution was created in 2003 and was previously held by Professor of Law Emerita Laura Cooper. 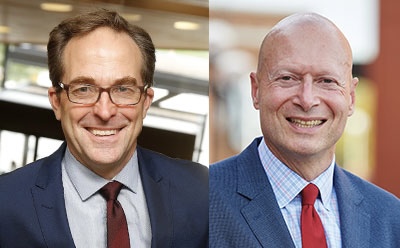