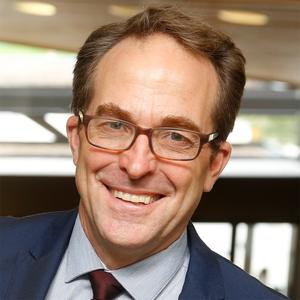 Professor Stephen Meili writes and teaches about the rights of noncitizens, particularly those seeking asylum. His work often takes a comparative approach: he has analyzed the effectiveness of human rights treaties in protecting asylum-seekers in Canada, Ecuador, Mexico, the U.K. and the European Union. His current project, which will be forthcoming in a book to be published by the Oxford University Press, is a comparative study of the constitutionalization of human rights law and its impact on asylum-seekers in Colombia, Mexico, South Africa, Uganda and the United States.

His other recent publications include an analysis of recent efforts by the Trump Administration to limit access to asylum in the United States, a comparative study of the detention of asylum-seekers in the U.S. and the U.K, and the right not to hold a political opinion as the basis for asylum. His research has been funded by grants from the National Science Foundation, the Robina Foundation, and the University of Minnesota’s Strategic Partnerships Program.

Meili also serves as Director of the Law School’s Immigration and Human Rights Clinic, where students represent asylum-seekers and trafficking victims in various immigration and appellate court proceedings. Over the past few years, the I&HR Clinic has obtained asylum or other forms of protection for applicants from Cameroon, the Democratic Republic of Congo, the Dominican Republic, El Salvador, Eritrea, Ethiopia, The Gambia, Guinea, Honduras, Iran, Liberia, Mexico, Nigeria, Syria, Sudan, Turkmenistan, and Zimbabwe. He has also supervised outreach projects in the Twin Cities immigrant community. Meili was awarded the Law School’s Stanley V. Kinyon Clinical Teacher of the Year Award in 2011 and held the Vaughn G. Papke Clinical Professorship in Law from 2012 to 2014.

Prior to coming to Minnesota, Meili was director of the Consumer Law Litigation Clinic at the University of Wisconsin Law School. Before entering academia, he was a partner in a plaintiffs’-side labor law firm in Hartford, Connecticut.

Steve Meili in the news