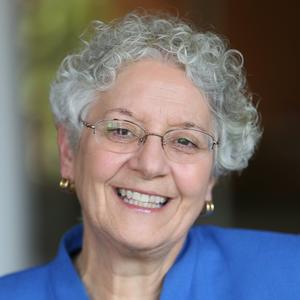 Professor Laura J. Cooper is a distinguished scholar in the fields of labor law and workplace dispute resolution. She teaches courses in labor law, labor arbitration, alternative dispute resolution and conflict of laws and is known for innovations in technology and simulation-based pedagogy. She is the creator of a Capstone Course in Labor and Employment Law in which students play the role of lawyers in a semester-long complex simulation integrating the diverse areas of labor and employment law with practice skills and issues of ethics and professionalism. For three terms, she has also taught at Uppsala University in Sweden and is returning to teach there in 2013. She was the 2009 Stanley V. Kinyon Tenured Teacher of the Year.

In 1987-88 she was the Julius E. Davis Professor of Law and in 2003 she was appointed to her present endowed chair. She briefly worked as an attorney for the National Labor Relations Board and currently serves as a labor mediator and arbitrator. She is a member of the National Academy of Arbitrators and has served on its Board of Governors and chaired its legal affairs and auditing committees. In 2006, she was elected as a Fellow of the College of Labor and Employment Lawyers, in recognition of distinguished leadership in the field. In 2008, she was the honoree at the Law Day Dinner of the Fund for the Legal Aid Society in recognition of her career contributions promoting access to civil legal representation for low income persons, including 68 years of service on four boards of directors for legal services programs.

She is the co-author or co-editor of six books on labor law and workplace dispute resolution and has written historical, analytical and empirical articles in welfare law, conflicts of law, labor law, legal pedagogy and workplace dispute resolution. She has received grants for research in labor law and labor arbitration from the American Bar Foundation, the Fund for Labor Relations Studies and the Research and Education Fund of the National Academy of Arbitrators.

Professor Cooper is the faculty Co-Editor of the ABA Journal of Labor and Employment Law. From 2001-2005 she was the Chair of the Labor Law Group, an international association of labor and employment law scholars. She has chaired the Labor and Employment Law Section of the Association of American Law Schools and the Minnesota Chapter of the Society of Professionals in Dispute Resolution.

Professor Cooper worked with the Minnesota Supreme Court and the United States Court of Appeals for the Eighth Circuit on studies of gender fairness in the courts. She spent five years as chair of a University committee responsible for evaluating and recommending amendments to the University's employee grievance policy and spent a decade in implementation of a consent decree prohibiting discrimination against University women faculty. Her work was recognized in 2010 by the University of Minnesota Women's Faculty Cabinet that granted her its Phoenix Award for "pioneering and persevering work toward achieving the promise of equality of women in higher education and beyond." In 2012 she received the Mullen-Spector-Truax award from the University of Minnesota Women's Center for "outstanding contributions to women's leadership development."

Laura Cooper in the news