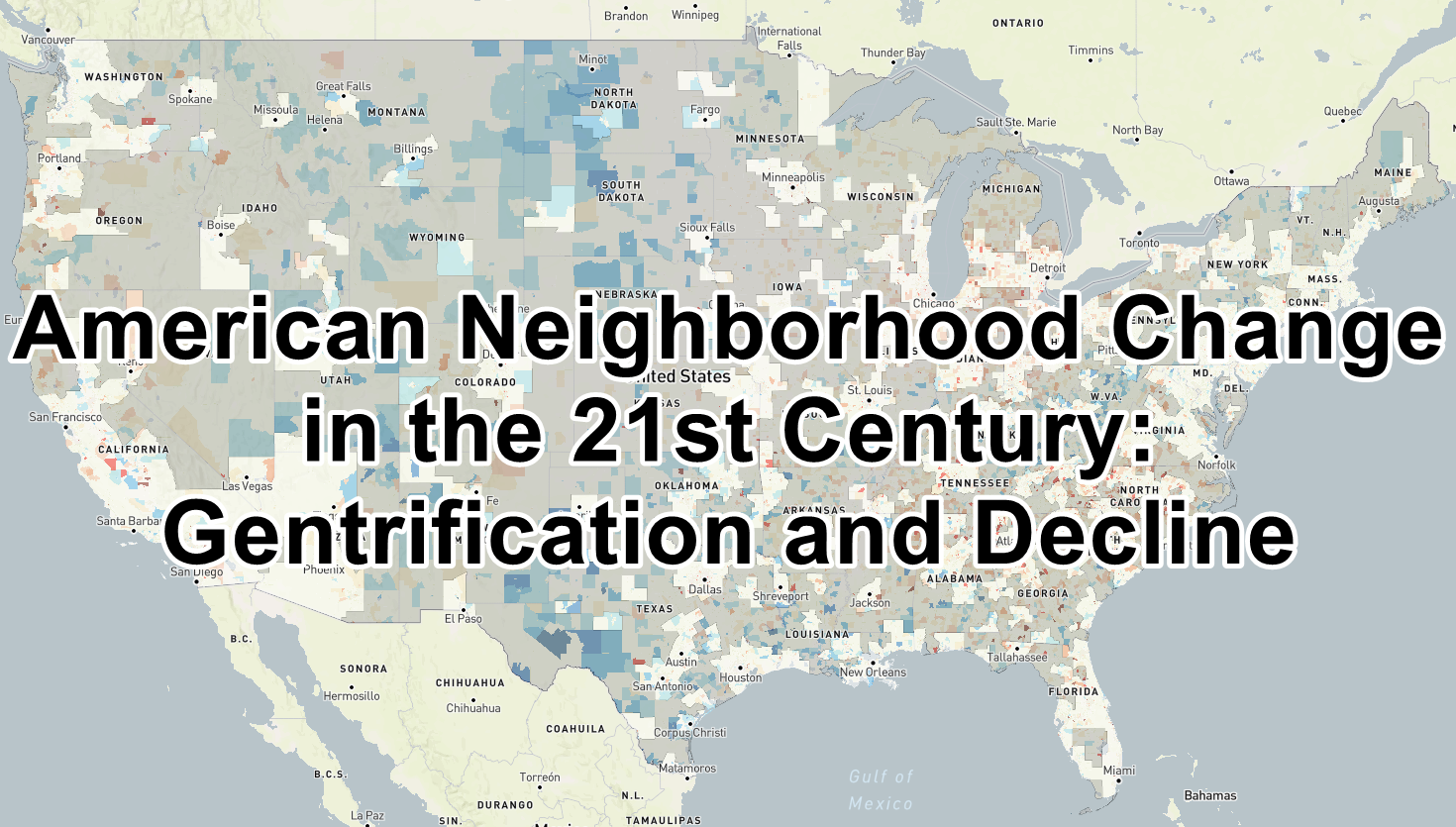 American Neighborhood Change in the 21st Century is a detailed analysis of neighborhood economic expansion and decline across the United States. It develops a new method for measuring how American regions, cities, and neighborhoods are growing, shrinking, and getting poorer or richer over time. It quantifies, on a nationwide and local basis, the degree of economic growth, low-income displacement, low-income concentration, and neighborhood abandonment. It compares these trends across different geographies, in order to produce a comprehensive look at America's evolving cities.

Findings on America’s 50 largest regions include:

The Executive Summary lays out the goals and topline findings of the report. The Full Report includes discussion of the methodology used in this study, and comparative tables that show exposure to neighborhood change across regions. The Appendices contain a number of tables comparing effects of neighborhood change across different metros, divided into 24 separate population subgroups.

More details about metro-level neighborhood change can be found in downloadable reports below. Each report includes comprehensive tables about the effects of changes on population subgroups within the metro, as well as its central cities and suburbs. The reports also include finely detailed maps depicting change at a census-tract scale.

Appendix A: Subgroup Exposure to Neighborhood Change, by Metro

Appendix B: Subgroup Exposure to Neighborhood Change, by Central City

About the Web Map Data