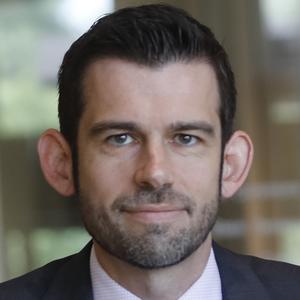 Professor Randall Ryder ’09 is the director of the moot court program and the law in practice program. He directs and teaches civil rights civil liberties moot court, law in practice, and a number of moot court competition teams. He has previously taught legal writing, legal writing II, and the civil practice clinic. He formerly served as the Law School's first director of academic and bar success, helping students achieve academic success and preparing them for the bar exam during law school and after graduation.

Prior to joining the faculty full-time, he was an adjunct professor at the Law School. He taught moot court and law in practice for seven years, and also worked as supervising attorney in the clinical program. As a practicing attorney, he ran his own law firm, specializing in plaintiff's-side consumer law and student loan issues. He is a well-known consumer advocate in the Twin Cities and is currently a member of the Minnesota State Bar Association's Consumer Law Council. He was recognized as a Super Lawyers Rising Star in 2016, 2017, 2018, and 2019.

Randall Ryder in the news