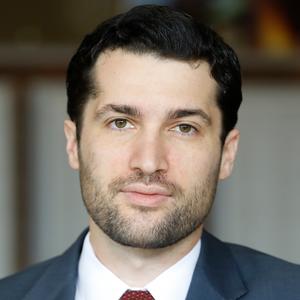 Professor Alan Z. Rozenshtein joined the Law School as a visiting professor in 2017 and, in summer 2019, continued as an Associate Professor of Law. He is a senior editor at Lawfare, a term member of the Council on Foreign Relations, a member of the Scholars Strategy Network, and a visiting faculty fellow at the University of Nebraska College of Law. He was previously an affiliate with the Berkman Klein Center for Internet and Society at Harvard University.

From Oct. 2014 to April 2017, he served as an attorney advisor in the Office of Law and Policy in the National Security Division of the U.S. Department of Justice, where his work focused on operational, legal, and policy issues relating to cybersecurity and foreign intelligence. From October 2016 to April 2017, he served as a special assistant United States attorney for the District of Maryland. During this time he taught cybersecurity at Georgetown Law.

Before joining the Justice Department, Professor Rozenshtein clerked for Judge J. Harvie Wilkinson III of the U.S. Court of Appeals for the 4th Circuit. While attending Harvard Law School, he was a Heyman Fellow, served as articles editor for the Harvard Law Review, and was a contributor to Lawfare. Prior to attending law school, he studied philosophy at Balliol College, University of Oxford.

Journal of Law, Science and Technology: Research and Writing

The Great Liberal Reckoning Has Begun: The Death of Justice Ruth Bader Ginsburg Concludes an Era of Faith in Courts as Partners in the Fight for Progress and Equality, The Atlantic, Sept. 22, 2020
The Atlantic

Alan Rozenshtein in the news