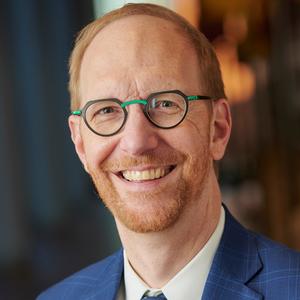 McGeveran is the sole author of a casebook, Privacy and Data Protection Law, used by instructors at dozens of law schools, and he regularly teaches a data privacy course at Minnesota Law. He also teaches Trademark Law, Civil Procedure I and II, and Law in Practice. McGeveran served as Minnesota Law’s associate dean for academic affairs from 2018-2022. He has been a resident fellow at the University of Minnesota Institute of Advanced Study and a visiting professor at University College Dublin School of Law, and he is an affiliated professor at the University of Minnesota’s Hubbard School of Journalism and Mass Communications.

He frequently uses Twitter (as @BillMcGev), comments in the media, works with policymakers, and teaches continuing education courses. He belongs to the advisory boards for the Electronic Privacy Information Center and the Future of Privacy Forum, and served as the first reporter for the Uniform Law Commission’s Uniform Personal Data Protection Act.

William McGeveran in the news