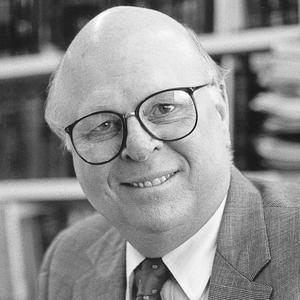 Emeritus Professor Robert J. Levy is an internationally known scholar in the areas of family law and of children and the law. He teaches family law, divorce negotiation, criminal law, and a criminal law sentencing workshop for visiting judges and students funded by the Edna McConnell Clark Foundation. In 1989, he became the first Dorsey & Whitney Professor of Law. He also was the Julius E. Davis Professor of Law for 1984-85. In 1996, he received the William L. Prosser Professorship at the Law School.

He was the Ida Beam Visiting Professor at the University of Iowa Law School in 1979, a visiting distinguished scholar at Brooklyn Law School in 1988, and a summer visitor at University of Texas School of Law in 1969. He has visited at the St. Louis University Law School, has been a visiting scholar at the American Bar Foundation, a visiting lecturer at Fudan University Law School, People's Republic of China, and at Uppsala University in Sweden. In 1967-68, he was a Fellow of the Center for Advanced Study in the Behavioral Sciences in California and, in 1978, a lecturer at the Seminar on American Law and Legal Institutions in Austria. From 1967 to 1970, Professor Levy was the Reporter for the Uniform Marriage and Divorce Act.