Director of the Lawyering Program 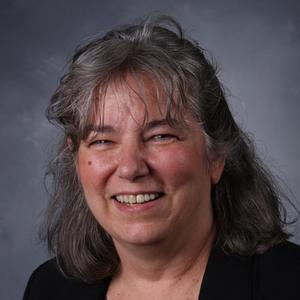 Clinical Professor Nancy Cook is director of the law school's Lawyering Program and co-holder of the Vaughan G. Papke Professorship in Clinical Law. Prior to joining the University of Minnesota faculty, Professor Cook was a tenured professor at Roger Williams University School of Law and director of that school's Community Justice and Legal Assistance Clinic. A nationally recognized leader in clinical legal education, Professor Cook has served on the executive committee of the Association of American Law School's Clinical Section and on the Clinical Legal Education Association's board of directors. She has been a member of the Board of Governors for the Society of American Law Teachers since 2001.

Professor Cook graduated magna cum laude from Ohio State University and received her J.D. degree from Georgetown University. Following an appellate clerkship and a short tenure as an appellate public defender, Professor Cook entered the legal academy. She taught at American University in Washington, D.C. and later served as co-director of the Institute for Access to Justice at the University of New Mexico and then as director of the clinical program at Cornell Law School. Her classroom teaching subjects include criminal procedure, youth law, appellate advocacy and law through literature. Professor Cook also holds an M.F.A. and has taught creative writing at a number of correctional facilities and undergraduate colleges.

As a scholar, Professor Cook's work often explores the roles of lawyers in a just society. She also has published a number of articles on creative pedagogy and the intersections of law and narrative theory. In addition, her fiction has appeared in a number of law publications and literary journals. She is frequently called upon to present at national teaching conferences and legal theory workshops on such diverse topics as community-based lawyering, international clinical education, law and literature, therapeutic jurisprudence, law and social work, critical pedagogy and racial justice.

Also an advocate, Professor Cook has been involved in numerous social justice initiatives, including, most recently, restorative justice programs involving incarcerated youth and victims' advocates in Rhode Island and post-hurricane relief efforts in the Mississippi Gulf Coast. Professor Cook is admitted to practice in four states and the District of Columbia and has represented clients in hundreds of state and federal trials and appeals, primarily in criminal and family law matters. In 2003, she was the recipient of the Clinical Legal Education Association's Outstanding Advocate Award.

Nancy Cook in the news