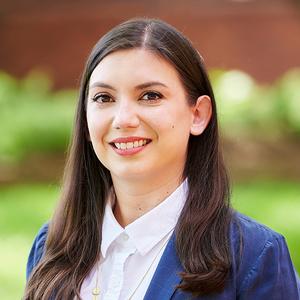 Professor Liliana Zaragoza is an associate professor of clinical law and the director of the Racial Justice Law Clinic.

Prior to joining the faculty, Professor Zaragoza was an assistant counsel at the NAACP Legal Defense and Educational Fund, Inc. (LDF), where she worked on federal civil rights litigation and appeals to advance equity for Black people in the areas of voting, policing and the criminal legal system, and school desegregation. She previously served as a John Payton Appellate and Supreme Court Advocacy Fellow at LDF for the 2015-16 term, during which she drafted numerous amicus briefs before the United States Supreme Court. Before that, Professor Zaragoza was a Skadden fellow and staff attorney at the New York Legal Assistance Group, where she worked to vindicate the rights of domestic workers via federal and New York state employment cases.

Zaragoza served as a law clerk to Judge L. Felipe Restrepo on the U.S. Court of Appeals for the Third Circuit and to Judge Victor Marrero in the U.S. District Court for the Southern District of New York.

Zaragoza received her J.D. Columbia Law School, where she was the first Latinx Editor-in-Chief of the Columbia Law Review. She holds an A.B. in International Studies and Human Rights from the University of Chicago.