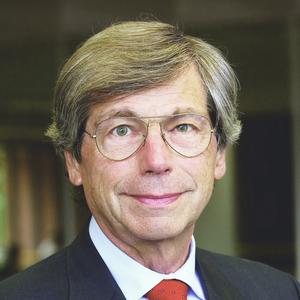 Professor Gilles Guyot is an attorney and scholar who has taught in major universities all over the world. He is regarded as a comparatiste, due to his strong commitment to international issues and his dedication to comparative research and scholarship in such varied disciplines as law, management, and social anthropology. Among the academic subjects he has taught are European legal systems; contract law; law of the European Union; doing business in Europe; comparative management; and ethics, law, business, and cultures.

Professor Guyot became dean of the Business and Management School at the Université Jean Moulin Lyon 3 in December 1990. He was elected president of that university in 1997. After a five-year nonrenewable term as president, he returned to the deanship of the business school, where he served until September 2008. Prior to becoming dean at Lyon 3, he was an associate professor, associate dean of the business school, and vice president for international relations. He was elected a full professor at the Université de Paris in 1989.

He has also been a practicing lawyer and a private attorney at the Court of Appeal in Lyon. He practiced primarily in the areas of contract law, commercial law, and mergers and acquisitions.

In 2002 he was made a knight of the Legion of Honor, France's highest decoration. His 2012 book, L'Internationale de l’Intelligence, argues that globalization should be driven not just by financial imperatives but by the sharing of knowledge across cultures as well.