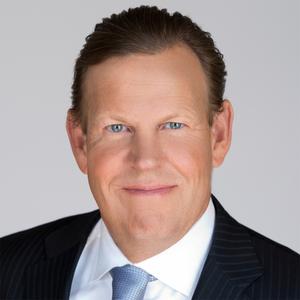 Professor Edward S. Adams is an internationally recognized expert in the areas of accounting, corporate finance, corporate law, entrepreneurship, cannabis law, and commercial law.  Professor Adams served as Associate Dean for Academic Affairs from 1997 to 2000. He was honored with the Stanley V. Kinyon Teaching and Counseling Award in 1994 and 1996, and was a co-holder of the Julius E. Davis Chair in Law for 1999-2000.  Following his graduation cum laude from the University of Chicago Law School where he served as Managing Editor of the University of Chicago Law Review, Professor Adams clerked for Judge J. Harvie Wilkinson, III of the United States Court of Appeals for the Fourth Circuit and worked in the Chicago and Los Angeles offices of the renowned international law firm of Latham and Watkins, LLP.

Professor Adams has written and spoken on various corporate and commercial topics to hundreds of law firms, bar groups and academic conferences, served on numerous private and public company boards of directors, acted as chairperson of the noteholders committee of the largest steel industry bankruptcy reorganization in American history, and served as an expert witness in many prominent matters with respect to varied subjects.

Like virtually everyone, Professor Adams has faced adversity.  A low income, first-generation college and law student of native origin (Choctaw) whose parents both grew up in extreme poverty, Professor Adams overcame childhood challenges—including a life-altering automobile accident—with the help and devotion of his loving parents.  With a passion for “giving-back” inspired by his family’s example, Professor Adams has co-founded a project to provide free legal services to members of the community in New York, was a founding member of a prominent regional project to provide free legal services to families of servicepersons serving in the Persian Gulf, created a program at the University of Minnesota Law School to introduce disadvantaged high school students to potential career opportunities in the legal field, and served as the class representative for his alma mater to raise the single largest annual celebratory gift from a class in school history: over $25 million. Most recently, Professor Adams has worked to turn injustice (a product of events in Minnesota) into justice by authoring a series of articles and a book to shine light on the challenges individuals and businesses face in the current American criminal justice system.