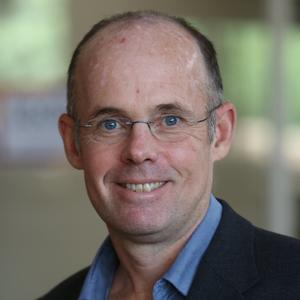 Professor McDonnell received his B.A. in economics and political science, magna cum laude, in 1985 from Williams College, where he was a member of Phi Beta Kappa, was a Herschel Smith Fellow for two years of study at Cambridge University, and received several prizes for his academic work. He received his M.Phil. in economics from Emmanuel College, Cambridge University, in 1987 and his Ph.D. in economics from Stanford University in 1995. Professor McDonnell received his J.D. from the Boalt Hall School of Law, University of California at Berkeley, in 1997. At Boalt Hall he was a member of the Order of the Coif, the California Law Review, and the Berkeley Women's Law Journal. He was the recipient of the John M. Olin scholarship and a Moot Court best brief award.

Professor McDonnell clerked for The Honorable Alex Kozinski of the United States Court of Appeals for the Ninth Circuit from 1997 to 1998. He then practiced as an associate at Howard, Rice, Nemerovski, Canady, Falk & Rabkin in San Francisco, where he concentrated on general corporate counseling and public offerings and acquisitions. He started teaching at the University of Minnesota in 2000. He visited at the University of California, Hastings College of the Law, in 2004 and the University of San Diego School of Law in 2005. He was the 2005 Julius E. Davis Professor of Law.

Professor McDonnell's ssrn page includes copies of many of his papers.

Brett McDonnell in the news