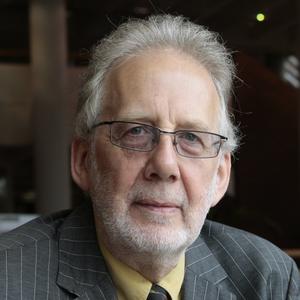 Professor Antony Duff is a leading expert on the philosophy of punishment and is internationally recognized for his expertise in criminal law and its structure. He joined the Law School faculty as a tenured professor in 2010 and is also a professor emeritus in the Department of Philosophy, University of Stirling, Stirling, Scotland.

Professor Duff completed a B.A. in 1967, followed by postgraduate study at Oxford University. He was a visiting lecturer in philosophy at the University of Washington, Seattle, in 1968-69 and joined Stirling's Department of Philosophy in 1970.

At Stirling, he taught contemporary and historical moral philosophy, philosophy of action, and philosophy of law to law and philosophy students. He was director of the M.Litt. in legal and political philosophy program, supervised M.Phil. and Ph.D. candidates, and contributed to development of the M.Sc. in criminology and LL.B. programs. He served as head of the Department of Philosophy for three terms.

Professor Duff is founding co-editor of Criminal Law and Philosophy and serves on the editorial boards of Legal Theory and Ohio State Journal of Criminal Law. He is an associate member of the Scottish Consortium on Crime and Criminal Justice.

He has been an adviser to the Action for Children (formerly NCH) inquiry into the Scottish children’s hearing system that originated from the Kilbrandon Report, an adviser to the Scottish Council Foundation project on public interest in criminal and youth justice, and a lecturer on sentencing theory for Judicial Studies Committee refresher courses. He chaired the philosophy sub-panel of the 2008 Research Assessment Exercise of the Higher Education Funding Councils, which fund British universities.

Professor Duff was elected a Fellow of the Royal Society of Edinburgh in 1996 and a Fellow of the British Academy in 2004. He received an honorary D.Jur. from the University of Oslo in 2008.