David S. Weissbrodt has collected documents that fill 100 file cabinets. He has shepherded more than 500 interns into his chosen field. He has founded a Human Rights Center at Minnesota Law that turns 30 this year. But for this internationally renowned human rights lawyer, author, scholar, teacher, and advocate, who officially retired Sept. 1, the work is never done.

“Serious human rights problems still exist around the world,” he says, citing mistakes being made by various governments and the challenges they represent. “As long as serious violations continue, we must continue to respond.”

Soft-spoken yet driven, known for intense persistence and strategic vision as well as gentle diplomacy, Weissbrodt has been attuned to human dignity and its denigrators for more than seven decades. Born in Washington, D.C., in 1944, he grew up in the New Deal era, hearing concerns voiced by his father, a lawyer who represented American Indian clients, and his mother, a government employee and Georgetown University economics professor. Both were powerful influences. “I didn’t know whose footsteps to follow,” he says with a grin. 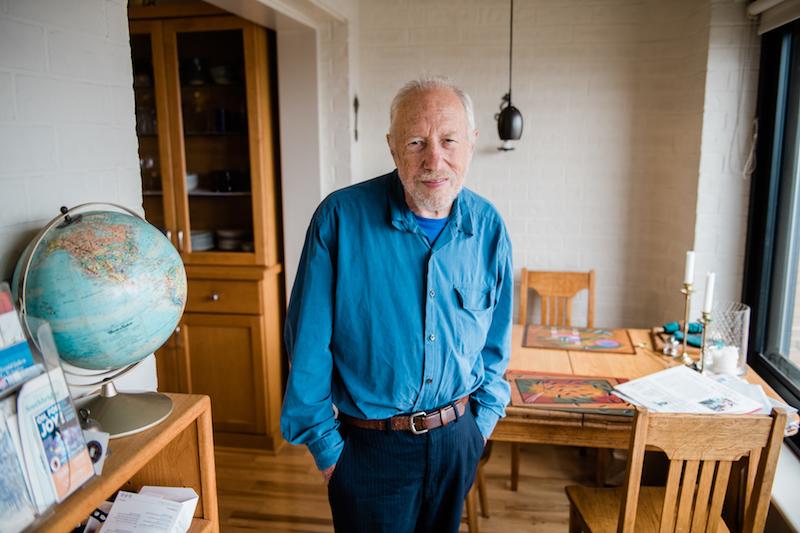 Both, as it turned out. He studied economics at Columbia University and the London School of Economics before moving to California “for the weather” and law school at the University of California, Berkeley. The university’s reputation for activism had barely begun, but a groundbreaking human rights law course taught by professor and law school dean Frank C. Newman would offer Weissbrodt new footsteps to follow. “It was amazing— not just theory and not just civil rights. It had an international aspect,” he says.

After clerking for California Supreme Court Justice Mathew Tobriner and practicing law briefly, Weissbrodt embarked on a worldwide quest to ensure human dignity, on his own as well as through the work of those whose careers he fostered. He interviewed political prisoners in Kenya and conscientious objectors in Spain (where he spent three nights sleeping in a cold monastery bathtub). He observed political trials in Rwanda, Haiti, Malaysia, and Croatia, among others. He served on the U.N. Sub- Commission on the Promotion and Protection of Human Rights from 1996 to 2003 and was elected its chair in 2001; he was the first private U.S. citizen to hold that post. And, most important, he taught.

“I wanted to be a scholar. I wanted to advocate for human rights, and teaching was the way I could engage myself. I enjoyed teaching throughout my entire career,” says Weissbrodt, who joined the Minnesota Law faculty in 1975. Neither he nor his wife and co-author Patricia Schaffer, a lawyer from Montreal whom he’d met during their junior years abroad at the London School of Economics, had ever visited what they call the “great middle,” but they chose the Twin Cities for its liberal bent, academic stature, and, of course, “the weather.”

Weissbrodt has accumulated many honors since then. In 2005, he became the Law School’s first Regents Professor. He has taught at universities in France, Geneva, Oxford, Tokyo, and Melbourne. He has served The Advocates for Human Rights and Amnesty International as an officer or board member. He helped found the Center for Victims of Torture, which has had significant fundraising and treatment success. But perhaps he is most honored by student praise.

Bret Thiele ’99, the Duluth-based co-executive director for the Global Initiative for Economic, Social, and Cultural Rights, was targeting immigration law when he took Weissbrodt’s immigration and human rights law classes, but human rights, he says, “captivated me the most. Not only does he have deep knowledge, but he also has a real passion for those areas. His teaching excited me.” It also demonstrated a rare command of long-term strategic thinking. Weissbrodt’s U.N. work, for example, was often behind the scenes but carefully designed for eventual meaningful impact.

“He showed me how to use a report to lay the groundwork for future work,” says Thiele. “That approach really resonated with me, and I use it to this day, assembling pieces that lead up to an ultimate goal. It was very beneficial to see that in action in a practical way.”

HRC executive director Amanda Lyons ’09 wasted no time in contacting Weissbrodt when she first came to Minnesota Law to study human rights. He immediately put her to work on the HRC’s online library, which he claims he developed mostly for his own benefit—even learning HTML along the way—so he could have access to documents while on sabbatical. In those early internet days, even the U.N. did not have an online library; Lyons recalls hard copies of U.N. documents pouring in to be digitized and translated.

Lyons did not realize then how innovative the HRC itself was. Founded in 1988, when human rights were regarded by many, especially in the U.S., more as “fluffy ideals” than a serious field of legal study, the Center was among the first in the country. Now there are more than 40 such academic centers, and 10 Minnesota Law professors have human rights backgrounds. “David saw that need before it existed,” says Lyons.

She credits him with securing her internship in Colombia—“the most pivotal experience of my law school career”—as well as facilitating memorable classes. “He once brought in a lawyer who’d worked for 20 years on a declaration of rights for indigenous people and asked him to read it to us. The lawyer started reading, and started crying. So many years of work, so much injustice. David has a real belief that the law has something to offer the world of human rights.”

Not only does Weissbrodt teach with passion, he recognizes students who share it. “When that happens,” says Thiele, “he forms relationships that, for me, go on to this day. He really takes an interest and goes out of his way to help establish and further their careers.” As a student, Thiele accompanied Weissbrodt on several foreign missions, along with Mayra Gómez, a University Ph.D. candidate who later became Thiele’s wife and co-director of the Global Initiative for Economic, Social, and Cultural Rights. Medic as well as matchmaker, Weissbrodt also made sure Thiele got the best medical care when he injured his knee on a ski trip they shared.

“It was kind of touching,” Thiele recalls. “Personally and professionally, I wouldn’t be where I am without David.”

‘A Mensch and a Fixer’

“His is an extraordinary voice of support,” says Fionnuala D. Ní Aoláin, HRC faculty director and a University Regents Professor who holds the Robina Chair in Law, Public Policy, and Society. Although she had not known Weissbrodt personally when she joined the faculty in 2004, she admired his writings and the vibrant human rights community he had created. Her current mission is adapting the HRC to contemporary challenges in today’s more specialized, complex field, as well as extending Weissbrodt’s legacy of helping the best students find the best opportunities. “This is still his baby,” she says.

Ní Aoláin dubs Weissbrodt “a mensch and a fixer” who helped find a house for her family when she first arrived and always knows “that particular piece of information you need to make your life work. He was the guy who helped students find that elusive job in that elusive organization, giving them access to something they wouldn’t otherwise have.”

After 40 years, his influence has spread far and wide, not just among those with “human rights advocate” in their titles. “Even for students going into litigation or corporate practice, a summer in Guatemala or Liberia is a transformative experience,” Ní Aoláin adds. “David had and has a really big vision of who a human rights person is, and of the many ways in which they can manifest that commitment. It’s about being a good citizen.” 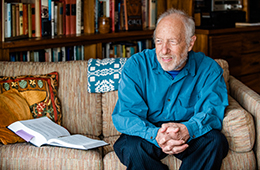 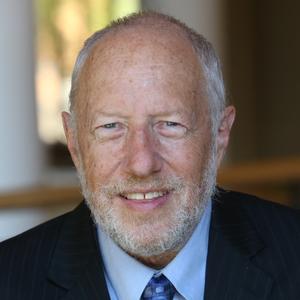