In making the announcement, FOX News Co-President Jack Abernethy said, “Lily has a distinguished legal career in both the private sector and in public service. We are pleased to add her extensive experience to our legal affairs team.”

Claffee added, “I look forward to embarking on this new and exciting role at an iconic network like FOX News, especially as the media landscape continues to undergo historic growth and change.”

Claffee was previously senior vice president, general counsel & corporate secretary of the U.S. Chamber of Commerce, which she joined in 2010. 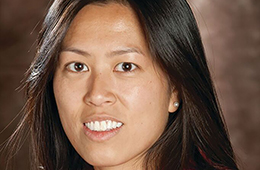