Members of the American Law Institute voted this week at the organization’s 2017 annual meeting to approve the proposed final draft of Model Penal Code: Sentencing. The project, launched in 2001, re-examines the sentencing provisions of the ALI’s 1962 Model Penal Code in light of the many changes in sentencing philosophy and practice that have taken place since its original publication. Professor Kevin R. Reitz, who holds the James Annenberg La Vea Land Grant Chair in Criminal Procedure Law, was the project’s “reporter,” or lead drafter, throughout its duration. He was joined in 2012 by Cecelia M. Klingele, an associate professor at the University of Wisconsin Law School, as associate reporter.

“Over the last 15 years, the reporters, aided by their advisers and a Members Consultative Group, have done a prodigious amount of work and deserve our collective gratitude,” said ALI Director Richard L. Revesz. “During this period, the subject matter of this project has also received sustained attention in the public policy arena, which has focused on the outlier status of the United States in terms of the proportion of individuals who are incarcerated and on the significant racial disparities that make this statistic even more troubling. Mass incarceration has emerged as one of the few issues in our divided political discourse in which liberals and conservatives can find common ground.”

Model Penal Code: Sentencing provides guidance on some of the most important issues that courts, corrections systems, and policymakers are facing today. These include the general purposes of the sentencing system; rules governing sentence severity—including sentences of incarceration, community supervision, and economic penalties; the elimination of mandatory minimum penalties; mechanisms for combating racial and ethnic disparities in punishment; instruments of prison population control; victims’ rights in the sentencing process; the sentencing of juvenile offenders in adult courts; the creation of judicial powers to review many collateral consequences of conviction; and many issues having to do with judicial sentencing discretion, sentencing commissions, sentencing guidelines, and appellate sentence review.

“As a matter of recent history in this country, we’re at quite an important moment, where the conversation and political attitudes towards criminal justice policy and sentencing policy have been shifting dramatically at the state level,” said Reitz. “Despite current uncertainties in the federal government, legislators, policymakers, and lawmakers in state and local criminal justice systems are searching for workable solutions to problems of mass punitiveness that have grown since the 1970s. This moment in history is particularly fortuitous for Model Penal Code: Sentencing because we are arriving at the point of completion just as this new or changed nationwide debate is occurring. For lawmakers, judges, and corrections leaders, we can provide the tools they will need to create important and lasting sentencing reforms in their jurisdictions.”

“This is an enormous accomplishment,” said Dean Garry W. Jenkins. “Sentencing is contentious by its nature, and this project involved working closely with professors, judges, practitioners, and others, all of whom had strong opinions. It was a marathon of investigating, listening, debating, drafting, and redrafting—and in guiding it to a successful conclusion, Professor Reitz has done a great service to the legal profession, the law, and the nation.”

The American Law Institute is the leading independent organization in the United States producing scholarly work to clarify, modernize, and improve the law. The ALI drafts, discusses, revises, and publishes Restatements of the Law, Model Codes, and Principles of Law that are enormously influential in the courts and legislatures, as well as in legal scholarship and education. 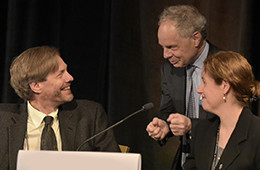 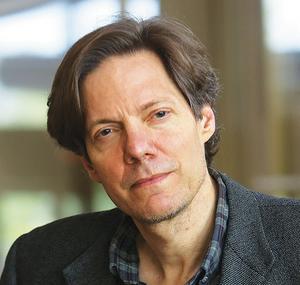