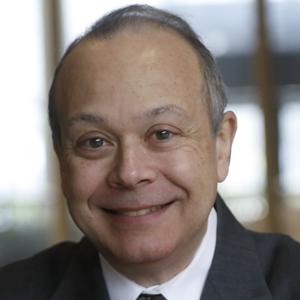 From 1987-89, Professor Cotter clerked for the Honorable Lawrence W. Pierce, United States Court of Appeals for the Second Circuit. He practiced law at Cravath, Swaine & Moore in New York City from 1988-90, and at Jenner & Block in Chicago from 1990-94. From 1994-2005, he taught at the University of Florida College of Law, where he held a University of Florida Research Foundation Professorship and directed the school's Intellectual Property Law Program. From 2005-06, he was a Professor of Law at Washington and Lee University School of Law. In 2007, he was named to a two-year Solly Robins Distinguished Research Fellowship at the University of Minnesota Law School, and in 2008 was appointed to the Briggs and Morgan (later renamed to the Taft Stettinius & Hollister) Chair in Law.

Altogether he has authored or coauthored over 70 other scholarly works, including articles in the California Law Review, the Georgetown Law Journal, the Iowa Law Review, the Minnesota Law Review, and the University of Illinois Law Review. He also publishes a blog, ComparativePatentRemedies.com, on the law (both foreign and domestic) and economics of patent remedies. Professor Cotter was appointed an Innovators Network Foundation Intellectual Property Fellow for 2018-21, and was elected to the American Law Institute in 2019.

Tom Cotter in the news