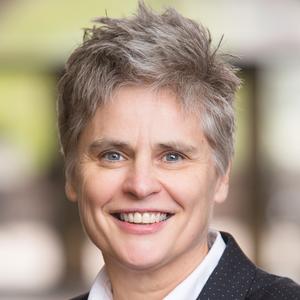 Mary Moriarty had been a public defender in Minneapolis for all of six weeks when she had her first felony suppression hearing. She prepped diligently, argued tenaciously, and lost both the motion and the subsequent trial. She was right about the issue at hand, however, and a couple of years later when the U.S. Supreme Court granted certiorari, Moriarty—who can laugh about it now—couldn’t be pried away from her caseload to attend oral arguments in Minnesota v Dickerson. “Next time,” she told herself.

The Chief Hennepin County Public Defender, Moriarty is a core faculty member of Gideon’s Promise and the 2015 recipient of the Steven B. Bright Award. She is on the faculty of public defender trial skills programs in Minnesota, Kentucky, Illinois, New Jersey, Wisconsin, and the Bronx. She teaches at the Harvard Law School Trial Advocacy Workshop and the National Criminal Defense College, as well as the Criminal Defense Clinic at the University of Minnesota Law School.  Moriarty is also a frequent contributor of webinars and blog posts for the National Association for Public Defense. Her most recent NAPD post used a song from the musical “Hamilton” to illustrate story telling for public defenders.