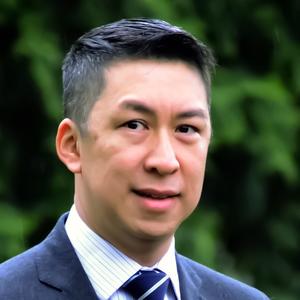 Kirby Lee is Associate General Counsel for Ecolab, where he serves as general counsel for Purolite’s life sciences & industrial businesses, including commercial, regulatory, compliance, & corporate governance matters. Previously, he was Assistant Chief IP Counsel for the company, where he was responsible for patents, trade secrets, and other IP matters, including litigation and dispute resolution.

Before joining Ecolab, Lee was a trial attorney at the U.S. Department of Justice in Washington, D.C., where represented federal agencies in IP cases. His government service also included a tour of duty at the White House as Senior Policy Advisor to the U.S. Intellectual Property Enforcement Coordinator.

Lee earned a B.S. in chemical engineering from Purdue University and a J.D. from the Indiana University McKinney School of Law – Indianapolis, where he graduated first in his class and was editor-in-chief of the Indiana Law Review. He served as judicial law clerk to the Hon. Alan D. Lourie at the U.S. Court of Appeals for the Federal Circuit and to the Hon. Marvin J. Garbis at the U.S. District Court for the District of Maryland. Lee is also a registered patent attorney.

Lee is an active member of the Richard Linn American Inn of Court in Chicago and the Intellectual Property Owners Association (IPO). He has served as a Board Director and violinist for the DuPage Symphony Orchestra and as pro bono counsel at the Chinese American Service League, Chicago Volunteer Legal Services.