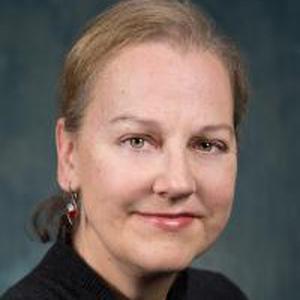 Professor Kathryn Milun teaches anthropology in the Department of Sociology, Anthropology and Criminology at the University of Minnesota Duluth. She is a fellow at the Institute on the Environment (Twin Cities campus), and the founder and principle investigator of the Solar Commons (CC) project which innovates trust law for low-income community solar ownership.

Milun’s past scholarship includes two single-authored books and articles on topics ranging from Native American repatriation to the transformation from socialism to capitalism in Eastern Europe. Her current research area is commons: common property ownership from the global commons in international law to community trust ownership of solar energy. She teaches courses in the anthropology of law, the new commons, public culture, and energy-culture-society. Milun received her Ph.D. in 1993 from the University of Minnesota and was an assistant professor of anthropology at Rice University until 1999. In 2000, she joined the Justice Studies Program at Arizona State University. In 2008, she returned to Minnesota, where she currently teaches in the anthropology program at the University of Minnesota Duluth. In the 2000s, Milun was a fellow at the Tomales Bay Institute, later renamed On the Commons, a commons movement strategy center. Her community solar project, Solar Commons, was chosen as a U.S. Green Building Council Legacy Project. In 2017, Milun began a partnership with the Vermont Law School Energy Clinic to assist in prototyping and creating open source templates for Solar Commons to flourish in the United States.

As a fellow at the University of Minnesota’s Institute on the Environment, Milun contributes to research and teaching that bridges social and ecological justice.