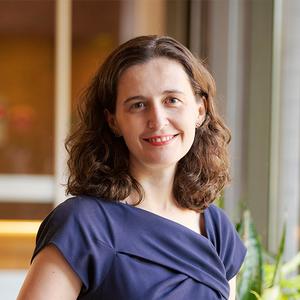 Charlotte Garden joined the Law School faculty in Fall 2022. She specializes in labor law, employment law, and constitutional law. Her interests include the intersection of workers' rights and the Constitution, and how law supports (or undermines) worker voice and power.

Professor Garden is active in national policy efforts to strengthen workers' rights, including the Economic Policy Institute's Unequal Power Project, a multiyear interdisciplinary initiative to reexamine the foundational assumptions about the balance of power in labor market relationships, and the Clean Slate for Worker Power, a project of Harvard Law School’s Labor and Worklife Program. In 2019, she testified before Congress (House Committee on Education and Labor) as they considered the Protecting the Right to Organize Act (PRO Act), the most ambitious effort to reform American labor law since the New Deal.

The Constitution at Work: Everything Old is New Again, JOTWELL, Mar. 10, 2015 (reviewing Sophia Z. Lee, The Workplace Constitution from the New Deal to the New Right (Cambridge University Press, 2014))

Charlotte Garden in the news