Professor Daniel Schwarcz, appointed the Fredrikson & Byron Professor of Law in 2019, delivered his appointment lecture on "Rules of Medical Necessity" earlier this evening in Room 25 of Mondale Hall. The event was also live streamed for those unable to be physically present at the lecture.

Appointment lectures, presented by faculty members honored with an appointment to a named professorship, are a longstanding tradition in legal academic circles. Professor Schwarcz's was the first appointment lecture held at the Law School since the outbreak of the COVID-19 pandemic in 2020.

In his introductory remarks, Dean Garry W. Jenkins called for a moment of silence for Professor David Weissbrodt, who was the Fredrikson & Byron Professor of Law until his retirement in 2018. Weissbrodt, a globally known leader in the human rights field, passed away last week at the age of 77. Jenkins went on to fete Schwarcz for his many accomplishments, including his recognized national leadership in the insurance law field.

In 2017, the American Law Institute awarded Schwarcz its highly selective Early Career Scholars Medal, which recognizes one or two “outstanding law professors whose work is relevant to public policy and has the potential to influence improvements in the law relevant to the real world.” He has also been awarded the Liberty Mutual Prize, which is given annually for the most outstanding article on property and casualty insurance law.

In his talk, Schwarcz explored how health insurers are increasingly undermining these legal constraints on their coverage determinations by formally incorporating into their insurance policies incredibly detailed and specific rules for when particular types of care are medically necessary for particular types of patients. The lecture was based n a scholarly article he co-authored with Professor Amy Monahan that will be published in a forthcoming in Iowa Law Review.

After concluding his remarks, Schwarcz answered questions from the audience of colleagues, friends, family, students, and staff. After the Q&A concluded, a reception in Schwarcz's honor was held at Auerbach Commons, featuring a selection of hors d'oeuvres from Common Roots Cafe and a hot chocolate bar. 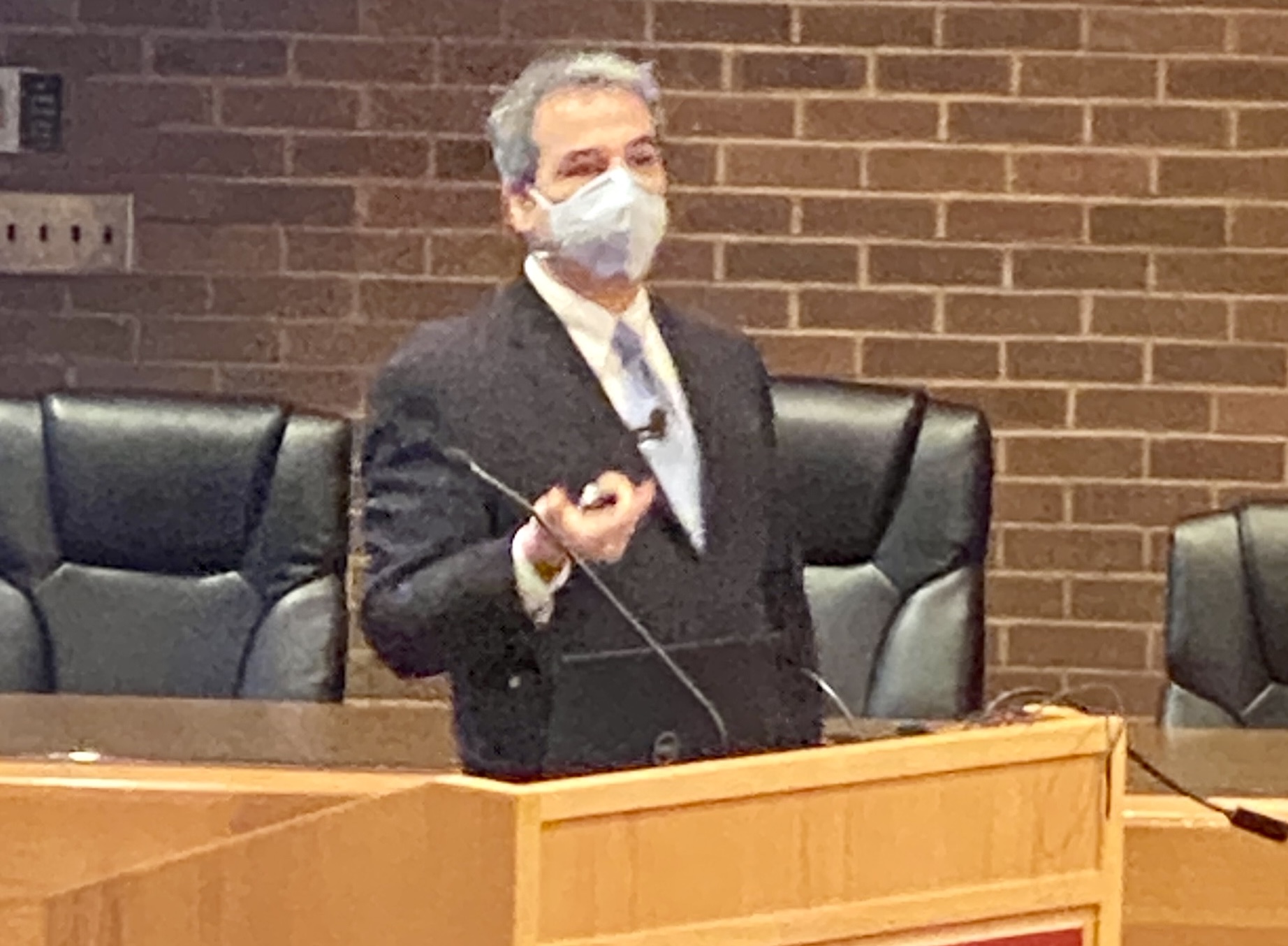