The two-day conference, held on July 30 and 31, virtually brought together prominent academics, elected officials, union leaders, activists, and others to discuss key civil rights issues. The summit, held annually, was moved online this year in light of the global COVID-19 pandemic. (JLI plans to publish the video on Inequality Inquiry in the coming weeks.)

In the lead-off panel, “The State Of Multi-Racial America And Black Power,” Attorney General Ellison recognized the efforts of people protesting in the streets every day “bringing forth justice, freedom, [and] accountability in [the criminal justice] system.” To ensure that Black lives matter Black Power is necessary and inevitable, he said.

The session, moderated by Professor Myron Orfield of the Institute on Metropolitan Opportunity, also included activist and author Bill Fletcher, Jr., Councilwoman Davida Russell, and Rev. James Woodall. The panel commented on the looming national elections and surveyed both the important role of the Black electorate and rise and fall of populist insurgencies of both the left and right. The panel also noted the overlap between the labor and civil rights movements, and exhorted these movements to come together once again to achieve the remarkable social, political, and legislative achievements of the 1960s.

In “The State of American Apartheid,” scholars and activists discussed the history of school segregation. Six decades after Brown v. Board of Education declared “Separate is not equal,” segregation continues to exist and affect people, they declared.

The second day of the summit began with a welcome from Georgetown University Law Center Dean William M. Treanor. Congressman Robert “Bobby” Scott (D-Va.) then spoke about systemic racism and landmark legislation intended to close the gaps in our society.

In the day’s first panel, “Who’s Profiting?,” Moderator Julian Vasquez Heilig, dean of the University of Kentucky’s College of Education, lead a discussion on the deep and embedded inequities in all facets of our society that underpin “modern Jim Crow”—healthcare, education, employment, housing, and public safety, all of which have been exacerbated by COVID-19 and protests following the murder of George Floyd. Discussing the conditions that give rise to these inequities, the panel explored who profits from these inequities, how corporate profit and political power maintains them, and what pragmatic actions people can take to tackle these issues. The panel included: Keeanga-Yamahtta Taylor, associate professor of African American Studies at Princeton; Mark Dimondstein, president of the American Postal Workers Union; Prentiss Dantzler, assistant professor at Georgia State University’s Urban Studies Institute; and Professor Orfield.

Foner outlined the historical background of the Reconstruction period and the fundamental changes to the Constitution brought about by grassroots movements. Ransby talked about having the “political, intellectual, and moral courage to confront the limits of racial capitalism” in order to confront white supremacy. Algernon Austin from Demos and Reverend Willie Francois III then joined the panel discussion. In a conversation moderated by Michelle Burris from the Century Foundation, the panelists discussed an ambitious racial justice and economic opportunity agenda that strengthens existing civil rights laws, delivers on the promises of the civil rights movement and the unmet demands of the March on Washington, and answers the call for justice that is being heard across the nation today. The discussion centered around institutional structures of segregation that limit and thwart opportunity in housing, schools, and access to economic and political power.

AFL-CIO President Richard L. Trumka began the final panel, “What Is To Be Done? How Can We Help?,” with a reflection on the torch lit by John Lewis and Martin Luther King, Jr., citing the importance of unions and foundations as “moral legacies” for structural change in the United States. This panel included: Na’ilah Suad Nasir, president of the Spencer Foundation, Fred Blackwell, CEO of the San Francisco Foundation, and Otis Rolley, senior vice president, U.S. Equity and Economic Opportunity Initiative of the Rockefeller Foundation. The panelists, moderated by john a. powell, professor at University of California Berkeley Law School, discussed what it would take to build lasting coalitions, structures, and bridges based on a shared humanity and lasting power for meaningful transformational change.

Derrick Johnson, president of the NAACP, closed out the conference with a few words on moving from protest to power at the ballot box and the importance of holding elected officials accountable. The Summit ended with a prayer from Rev. Timothy T. Boddie. 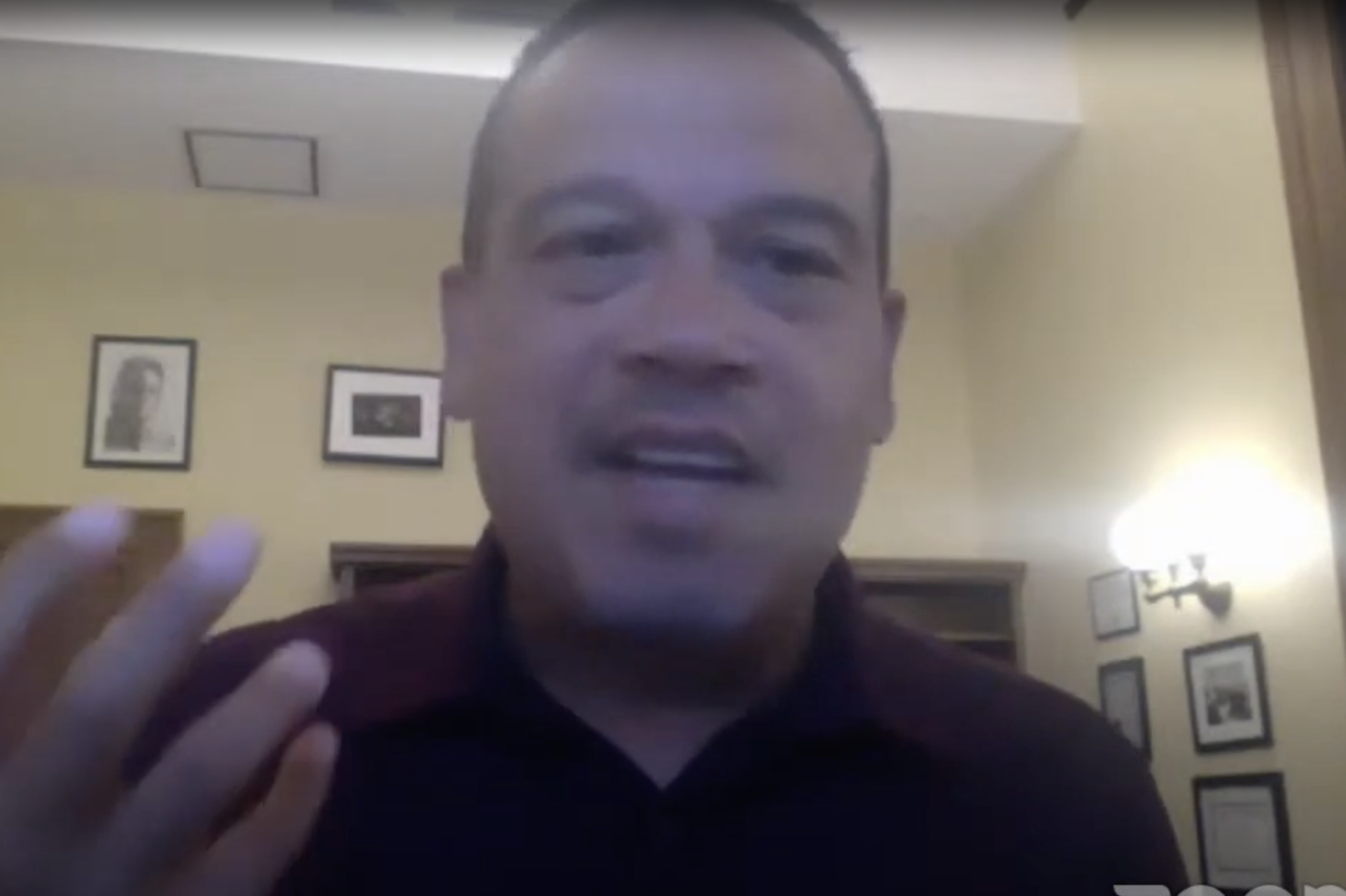 Minnesota Attorney General Keith Ellison '90 was one of a number of high-profile advocates and civic leaders who participated in the 2020 Civil Rights Summit, held as a virtual event this year due to the COVID-19 pandemic.