A new study by the Institute on Metropolitan Opportunity (IMO) at the University of Minnesota Law School showed that charter schools in Chicago underperform comparable traditional public schools and are more highly segregated by race. The analysis used comprehensive data for Chicago schools in 2012-13 and controlled for the mix of students and other challenges faced by individual schools. The findings, consistent with previous IMO evaluations of charter schools in the Twin Cities using similar data and methods, showed that:

"The question is whether charters are the best path available to find ways to better serve low-income students and students of color, given that this approach has failed to improve overall student performance by most measures and led to less racial and ethnic diversity in the city's schools," said Myron Orfield, director of the Institute on Metropolitan Opportunity.

The study argues that these negative findings mean it's time to reevaluate where the Chicago school system is headed. It recommends that:

About the Institute on Metropolitan Opportunity
Established in 1993 as the Institute on Race and Poverty, IMO investigates the ways that laws, policies and practices affect development patterns in U.S. metropolitan regions, with a particular focus on the growing social and economic disparities within these areas. Through research, communications, mapping, and legal advocacy, the Institute provides resources to policymakers, civil rights advocates, and the general public to address reform in taxation, land use, housing, metropolitan governance and education. 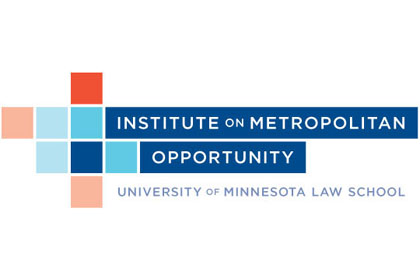 "Charter Schools in Chicago: No Model for Education Reform" Cited by Media