The Program in Law and History, established in 2007, supports the study of law in its historical context. The program brings together scholars and students from the University of Minnesota and around the world to foster teaching and research in all areas and periods of legal history.

Highlights of the Program in Law and History

The workshops proceed under the auspices of the University of Minnesota’s Program in Law and History. They are connected to the course, Legal History Workshop/Seminar, Law 6702/Hist 8644. All sessions will be held on Thursdays from 4:05-6:05 p.m. in Mondale Hall, room 262. To obtain more information about enrollment in the course or to be placed on our email list to receive copies of the papers, contact Susanna Blumenthal, blume047@umn.edu

Title: “The Country Lawyer” (Chapter 4 of the forthcoming book, The Heartland's Legal Landscapes & the Remaking of Modern Rural America, 1920-2020)

Abstract: The tangled relationship between the myth of the country lawyer and rural law as experienced in rural communities shaped many rural lawyers’ and some policy makers’ conceptualization of rural legal practice throughout the twentieth century. The myth of the country lawyer has obscured longstanding access to justice problems in rural communities between insiders (the White male legal community) and outsiders (as defined by their race, class, and gender). This chapter begins with the central case study, the practice of Charles Pendleton in 1920s Iowa, which draws on the same research that informs my article, “Winks, Whispers, and Prosecutorial Discretion in Rural Iowa, 1925-1928.” The chapter, however, extends through the twentieth century, using lawyers’ memoirs, film, and academic studies of rural lawyers to toggle back and forth between the myth of the country lawyer and actual lived experience throughout the twentieth century. The chapter concludes with an assessment of the current shortage of rural lawyers and the continued inequities in access to justice in rural communities. The chapter argues legal practice in general has changed drastically in the last century, but the challenges of rural legal practice remain much in the same form they did one hundred years ago.

Abstract: In April of 1895 in Waller County, Texas, a poor Black woman named Babe Toney sued a white man that lived at the top of the social hierarchy in the Jim Crow south and won. A jury (likely comprised entirely of white men) found in Toney’s favor, awarding her $300 for her crops and $250 in exemplary damages for the emotional pain and suffering caused by the defendants’ actions.

On first read, however, the remarkable nature of this case is hidden. In spite of being written in 1896—the same year that Plessy v. Ferguson was decided—there is no mention of Babe Toney’s race in the court's opinion. At no point in the appellate opinion for Tignor v. Toney or the 60 pages of its archival case file is Babe Toney identified as a Black woman. In fact, racially explicit language is completely absent from the Toney case file, even though several other Black members of the community testified at Babe Toney’s trial.

This Article tackles the problem that Toney’s case, and others like it, create for the study of race and the law: Namely, how does one write about the interaction between race and law, when racial identities are obscured within the legal archive?

Title: “Voter Fraud,” Registration Wars, and the Persistence of Conditional Citizenship since the 1965 Voting Rights Act

Abstract: This paper examines the contestation and anxiety about U.S. democratic practices in the late 20th century. Although many insisted that the passage of the 1965 Voting Rights Act marked the ultimate realization of the nation’s founding democratic ideals, the nation endeavored to explain why political participation plummeted, inequality soared, and faith in government plunged downward just as the starkest barriers to the franchise fell and millions of new Black voters joined the electorate.

Activists building upon the civil rights movement’s victories fought to reform registration requirements, enact campaign finance reform, abolish felon disenfranchisement, and lower the voting age. To counter declining voter turnout, federal lawmakers tried unsuccessfully throughout the 1970s to pass postcard or same day registration. During the 1980s, activists linked invigorating American democracy with combating Reaganism and averting the rightward reorientation of the Democratic Party. Organizers—including from Jesse Jackson’s presidential campaigns—endeavored to shift the class and race skew of the U.S. electorate through massive grassroots registration drives among the poor and communities of color. Others campaigned for years to enact “Motor Voter” legislation requiring state agencies to offer people applying for a driver’s license or social services the opportunity to register to vote. Elites within both major parties often resisted these efforts to expand the electorate, typically claiming fears of “voter fraud.”

These struggles illuminate a persistent strain in U.S. democratic culture that takes voting to be a privilege. Many lawmakers, courts, and a percentage of the public continued to advocate for a “conditional citizenship,” the tradition of making civic voice and the ability to claim the full rights and benefits contingent upon proper behavior and fulfilling certain qualifications, such as working, tax-paying, law-abiding.

+February 23: Litigating and Lawyering while Black in Late 18th-Century Massachusetts

Title: Litigating and Lawyering while Black in Late 18th-Century Massachusetts

Abstract: This paper ponders what it means that John Peters (1745?-1801) of Boston called himself a lawyer in the 1790s tax records (among other occupational tags). Peters was a fairly frequent and savvy litigator in the 1770s and 1780s, employing eminent lawyers or representing himself. As a Black man who aspired to gentility and who married a celebrated Black woman of letters, the poet Phillis Wheatley (d. 1784), Peters drew some whites’ ire and condescension. Barratry charges were brought against him in 1793. I juxtapose new research findings about Peters and other literate, accomplished Black men in the early national Northeast with the (often fanciful) portrayals of Peters by 19th-century, antiquarian, white writers who unapologetically relied on racist tropes.

Abstract: Legalities of small wars were central to the formation of successive global legal regimes. A legal regime of plunder influenced the timing, scope, and institutional strategies of early European empires. This paper analyzes the role of households as legal entities in imperial projects of raiding, captive-taking, and colonization. Households underpinned imperial violence in multiple ways. They served as receptacles for captives seized in raids. They transformed imperial outposts into communities that could claim a right to make war. And they turned imperial enclaves into places where booty could be converted into property. These functions installed private violence as a foundational element of empires, regional legal orders, and vast plantation complexes. The paper traces the relation of households and imperial violence in the Portuguese Indian Ocean and English Caribbean. Juxtaposing these histories to the writings of key European jurists and political theologians, I analyze efforts to catalogue the spaces and conditions of limited war. Intent on explaining the lawful conversion of quasi-private raiding into public war, European writers described pathways, already marked in practice, for transforming garrisons into colonies and regional wars into the armature of imperial power.

+March 16: Different Measures of Oppression: Local Legal Cultures and the Campaign against the Black Laws in Antebellum Illinois

Title: “Different Measures of Oppression: Local Legal Cultures and the Campaign against the Black Laws in Antebellum Illinois”

Abstract: This paper explores the relationship between state laws and local legal cultures an antebellum Illinois, focusing on how Black and white Americans experienced, enforced, and protested the state’s racist “black laws.” These issues are placed in the context of the history of American democracy and, in particular, early-nineteenth-century concerns about the extraordinary power of state legislatures.

+April 6: The Status of Marriage: Marital Supremacy Challenged and Remade, 1960-2000

Title: The Status of Marriage: Marital Supremacy Challenged and Remade, 1960-2000

Abstract: A draft chapter will be presented from The Status of Marriage, which examines how law reforms absorbed challenges to marriage’s legal primacy from racial and economic justice, feminism, and gay liberation movements, transforming the law while preserving the supremacy of marriage as a source of public and private rights.

+April 13: My Spirit Unbroken: Martin Sostre and the Struggle for Bodily Sovereignty and Collective Liberation

Abstract: My Spirit Unbroken: Martin Sostre and the Struggle for Bodily Sovereignty and Collective Liberation

Abstract: A draft chapter will be presented from the biography-in-progress, A Continuous Struggle: The Revolutionary Life of Martin Sostre. Framed after the urban uprisings of 1967 while running a radical bookstore in Buffalo, New York, Sostre became one of the best-known political prisoners of the Black Power era. During his imprisonment, he refused to shave and resisted mandatory rectal searches, for which he became revered by other imprisoned people and hated by the state. For such refusals, he was beaten eleven times, before his sentence was commuted by the governor in 1976. Sostre argued that such resistance preserved the final vestiges of his personhood and allowed him to maintain his spirit unbroken. He also believed that his individual struggle was linked to global revolution. In our conversation, we will explore the relationship between individual resistance and collective liberation, and what lessons Sostre's ideas and actions have for abolitionist and anti-state organizing today.

Abstract: In 1877, the Superintendent of Insurance for the Dominion of Canada submitted a report to Parliament in which he warned that fires were draining the wealth of the country. In the previous year, hundreds of houses in “wooden towns” had burned down, costing householders, businesses, and insurance concerns some seven million dollars. Three-fourths, he guessed, were the product of a scourge that went widely uninvestigated and unpunished: arson.

Incendiarism was a major economic and social concern in the nineteenth-century British empire, where it preserved its longstanding association—noted equally by Victorian officials and contemporary historians—with class unrest and political subversion. And yet, statutes and high court decisions in England and its colonies limited officials’ ability to prosecute arson. Instead, insurance companies were expected to initiate and fund fire inquests, despite industry leaders’ efforts to portray incendiarism as a public menace rather than a business liability. The unsettled state of fire forensics and uncertainty about coronial jurisdiction over non-fatal fires further complicated matters. This paper explores the many barriers to arson prosecution in England and colonial Canada, widely considered to be at special risk of fire damage, at a time when the threat of incendiarism seemed particularly acute. 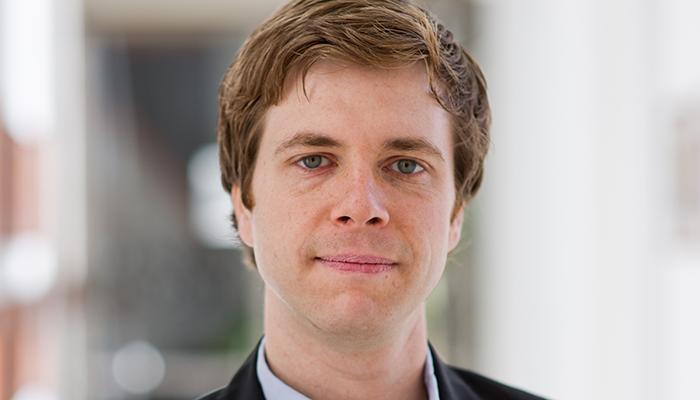 “The Law and History Program’s legal history workshop was one of the most enriching parts of my graduate training. Leading legal historians from across the country shared their works-in-progress. Hearing how their thinking was changing about a topic even as they were engaged in the process of writing a book helped me realize just how winding—and ultimately how much more rewarding—the path to a finished work of scholarship can be.” 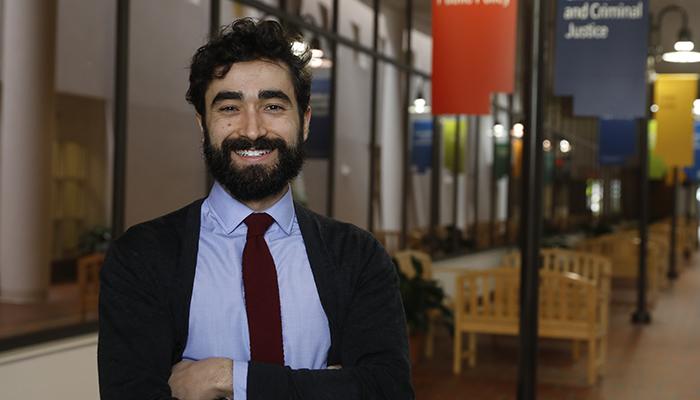 “The Legal History Workshop has given me an education in law and society scholarship that has fundamentally shaped my research and teaching interests. The program's Erickson Fellowship offered invaluable funds that helped me complete my dissertation research.” 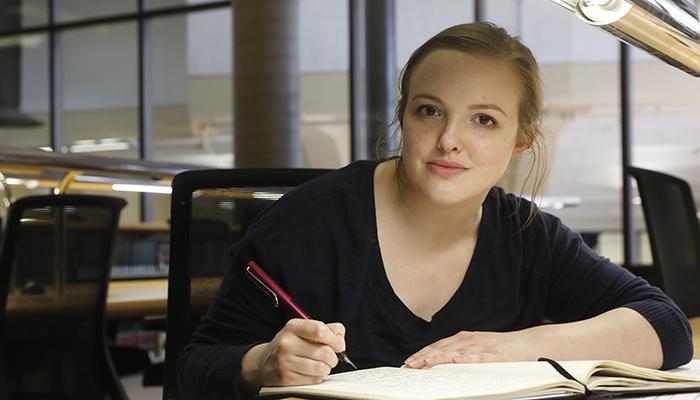