The hour-long program, “A View from the Mountaintop: Reflections on Social Justice in Today’s World,” was structured as conversation between Armstrong and Assistant Dean of Diversity, Equity, and Inclusion Ra’Shya Ghee ’13.  Dean Garry W. Jenkins led off the program with opening remarks.

Armstrong and Ghee didn’t pull punches about how Rev. Dr. Martin Luther King Jr.’s message has been diluted and distorted over the years.

“People see King today as a widely beloved figure,” said Armstrong. “But often we’re given an inaccurate version of Dr. King. We have to deconstruct his words and not sell ourselves short by accepting a shadow of the truth.”

Armstrong referred to the substantive changes that have taken place in the 55 years since King’s death as “crumbs” when measured against the sweeping change around racial issues that still need to happen in American society if racial justice is a realistic goal.

“His legacy has a way of suggesting that the heavy lifting has been done,” said Ghee in describing current perceptions of Dr. King and his work.

An example of how far there still is to go, and how things have even regressed, has been in the response by mainstream society to protests in recent years against the deaths of Trayvon Martin, Michael Brown, George Floyd, and other, Armstrong said.

“People didn’t think the fighting and organizing were necessary in Dr. King’s time, and a lot of people now feel the same way,” Armstrong observed. “People have a habit of taking in incidents of racial injustice like they’re reading a novel instead of trying to imagine what it’s really like to live through those things.”

Another metric measuring the lack of real-life progress considers things like affordable housing and a guaranteed livable wage, Armstrong pointed out.

“These are things that, in the 2020s, we are still talking about,” she observed. “And not just in southern states — right here in Minneapolis. We owe [King] a debt that’s more than taking out a day to celebrate an anemic version of his life, but actually doing the work that he said was necessary to bring about a more equitable society.”

Part of the issue all along has been the relative passivity of white moderates when it comes to speaking out and acting on racial issues, Armstrong said. While it’s easy to condemn the Ku Klux Klan and overt incidents of brutality by police, the concern often tends to stop there, she added.

“We’re frozen in time when it comes to the real conversation,” Armstrong said. “We’re comfortable knowing that one day a year, if we go to a breakfast or work on a service project, that’s enough. When it comes to practicing law, too often these issues are segregated to civil rights law. We have a mandate to do this work.”

A more recent hurdle is the ongoing backlash against and distortions about Critical Race Theory, the Black Lives Matter movement, and the general idea of being “woke,” which some leaders and public figures have turned into a pejorative term, Armstrong said.

“Some of the legislation we’re seeing doesn’t even permit us to talk about race even as we had been, which wasn’t even sufficient,” Armstrong observed. 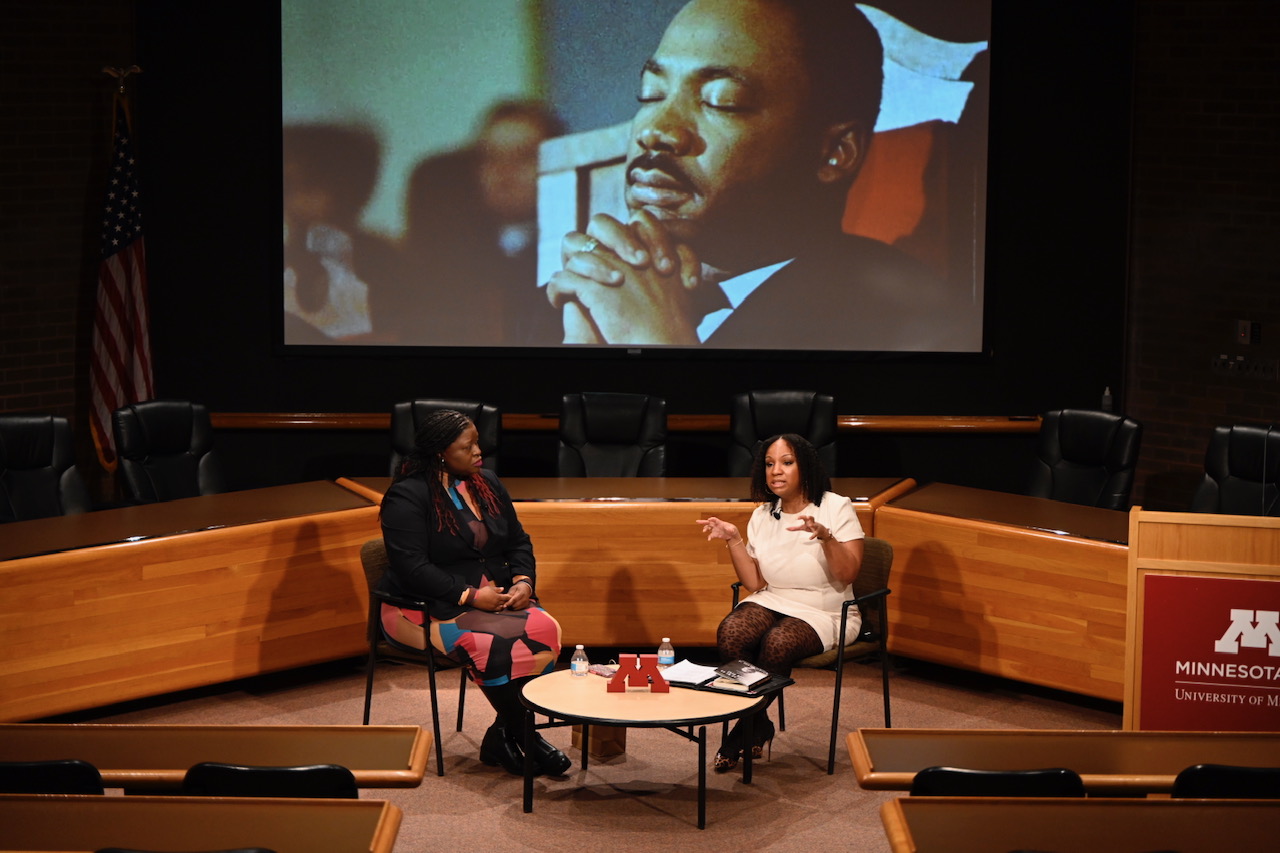 Where We Go from Here

The last book King wrote before his death was Where Do We Go From Here: Chaos or Community? Armstrong and Ghee agreed that his question is nowhere near being answered, and our institutions – including our educational systems – are to blame. Armstrong argued that more than ever, concerned people have to transcend what they might be told in school.

“Much of what we’re taught is by design,” said Armstrong. “We have to resolve to become truth tellers, and that involves vulnerability, because there’s going to be resistance. Most people don’t want to pay the price.

“This isn’t about who’s a good person and who’s a bad person,” she added. “That has nothing to do with policies and decisions. As long as the majority feels comfortable, they end up thinking that’s peace. It’s not.” 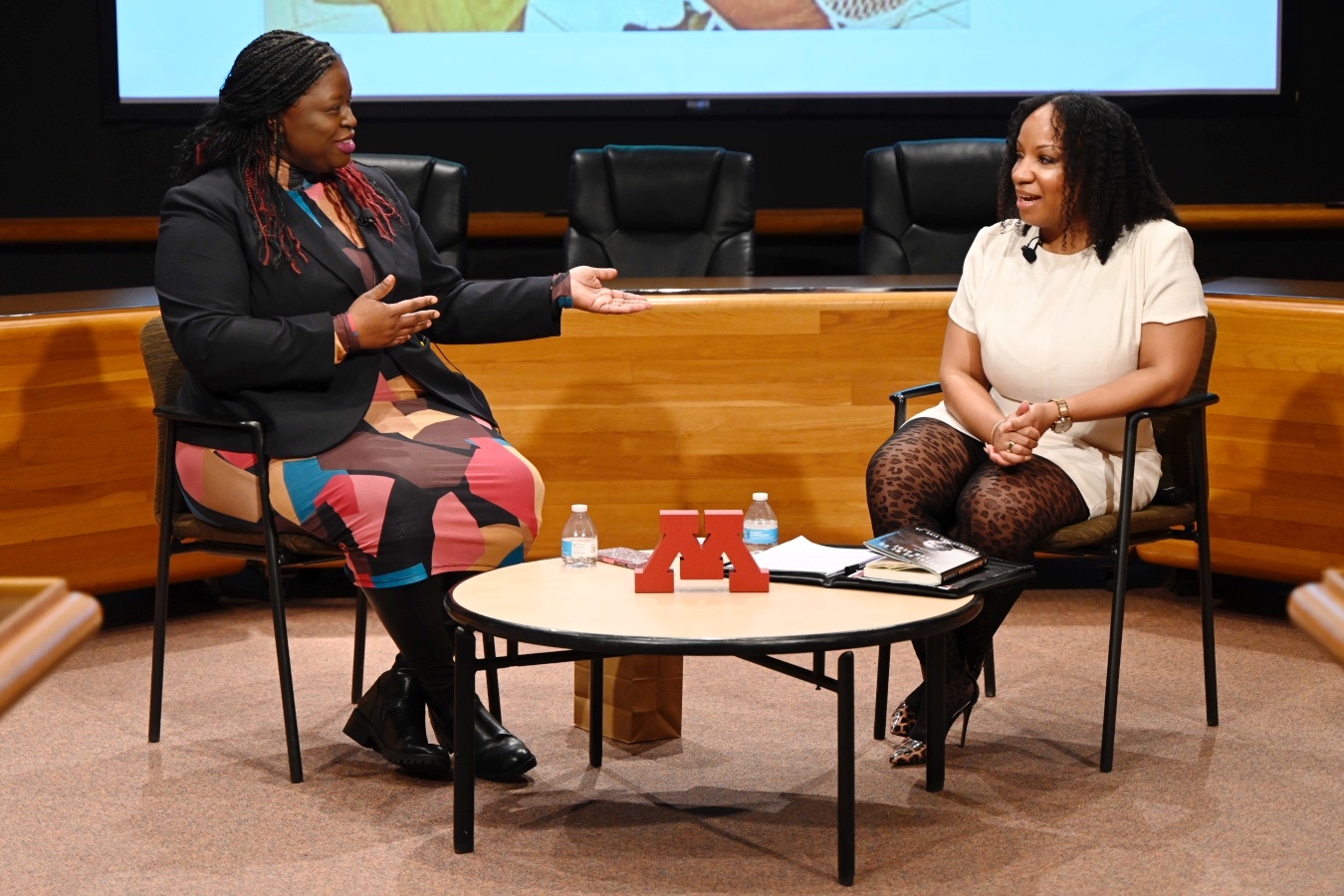