Assistant Professor Sanjukta Paul of Wayne State University Law School joined Minnesota Law this semester as a visiting faculty member. She is currently teaching two courses virtually—Employment Law and Labor & Antitrust in the Gig Economy and Beyond. Professor Paul’s current work is at the intersection of antitrust and labor, broadly speaking, and she is currently completing a book project in this area, under contract with Cambridge University Press. Her scholarship has also appeared in, among others, the UCLA Law Review, Law & Contemporary Problems, the Cambridge Handbook of U.S. Labor Law for the Twenty-First Century, and the Berkeley Journal of Employment & Labor Law. The People’s Parity Project placed Professor Paul on its short list of prominent lawyers worthy of appointment to the federal bench. Additionally, the Colloquium on Scholarship in Employment & Labor Law recently named Professor Paul as the winner of the Michael J. Zimmer Memorial Award, bestowed on her “as a rising scholar who values workplace justice and community, and who has made significant contributions to the field of labor and employment law scholarship.”

Welcome to Minnesota Law! This is an unusual time, to say the least, to be a visiting professor. How is the COVID-19 pandemic impacting your experience?
It is definitely unusual! I am in Minneapolis and while I’m teaching virtually, I’ve been fortunate enough to be able to meet a number of faculty and students in person (outside and at a distance), which I think has enriched both my virtual classrooms as well other virtual interactions with colleagues.

What was it like temporarily uprooting yourself from Michigan to Minnesota in a time of pandemic? How do you like the state so far?
I won’t lie; I was a bit nervous about it. But the transition went as smoothly as could possibly be expected under the circumstances. I love it here so far. I went to college in Iowa (and had nearly gone to college in Minnesota, at Carleton), so I sort of had Minnesota placed as “upper Iowa” in my mind. It also feels like the California of the Midwest in a sense. I am floored by the park system and bike trails in Minneapolis, and have taken advantage of the opportunity to get back on my bike and outdoors as often as I can in my free time.

Is teaching remote students something you have done before? If so, what has your experience been like?
I taught the last third or so of last semester at Wayne State online; I felt that went well because I already had a good rapport with my students. I was unsure what starting out online would be like, but—so far, so good. The students have been truly fantastic, and I think it’s helped to be able to have some in-person student meetings as well.

One of your courses is on Labor & Antitrust Law in the Gig Economy, a timely topic these days. Without giving too many spoilers to your students, can you provide a brief glimpse of some of the hot legal issues in this area you will discuss?
Sure. The course actually aims at a combination of current issues and deep dives into their conceptual and historical foundations. We begin by reading very recent decisions involving ride-sharing platforms (like Uber/Lyft) and gig workers, which implicate both antitrust and labor law. We then move back to a classic paper by the English historian E.P. Thompson that invokes the concept of “moral economy” (which is tied up with the common law ancestors of antitrust regulation). We then trace that idea through the American antimonopoly tradition—and its encounters with an often hostile judiciary. Ultimately, today’s so-called gig economy is shaped both by labor and by antitrust law: we aim to investigate that legal logic, how it came about, and how it could be different. The idea is that history and its contingencies help to illuminate current questions of reform.

Did you watch the recent congressional testimony of the heads of some of the big tech companies on antitrust issues? Thoughts on how they performed and/or where things are heading with antitrust investigations into companies such as Apple, Google, Facebook, & Amazon?
I think the testimony and questioning really crystallized the themes of a public conversation that has been building over the last few years—but that, again, is not entirely new. Technology may change, but questions about market power and economic organization are perennial. As many commentators have pointed out, Big Tech raises questions that we as a society have arguably been grappling with since the age of the robber barons.

We should be seeing the Committee’s report very soon. I hope that it will tell us more about how the business practices of the big tech companies affect workers, small business, the free press, and other crucial public interests—and what we can do about it.

You have testified in front of the U.S. House of Representatives. Can you discuss a bit about what the topic was and what that experience was like?
I testified in front of the same Committee that has been conducting the investigation you mentioned. The topic of the hearing was “Antitrust and Economic Opportunity: Competition in Labor Markets.” I discussed how some of the original legislative history of the Sherman Act may be a useful guide to current questions of how antitrust law ought to approach labor markets. I also discussed how current antitrust law has contributed to the inequalities and precarities associated with today’s “fissured workplace” (as economist and former Department of Labor Wage & Hour Division head David Weil has dubbed it). 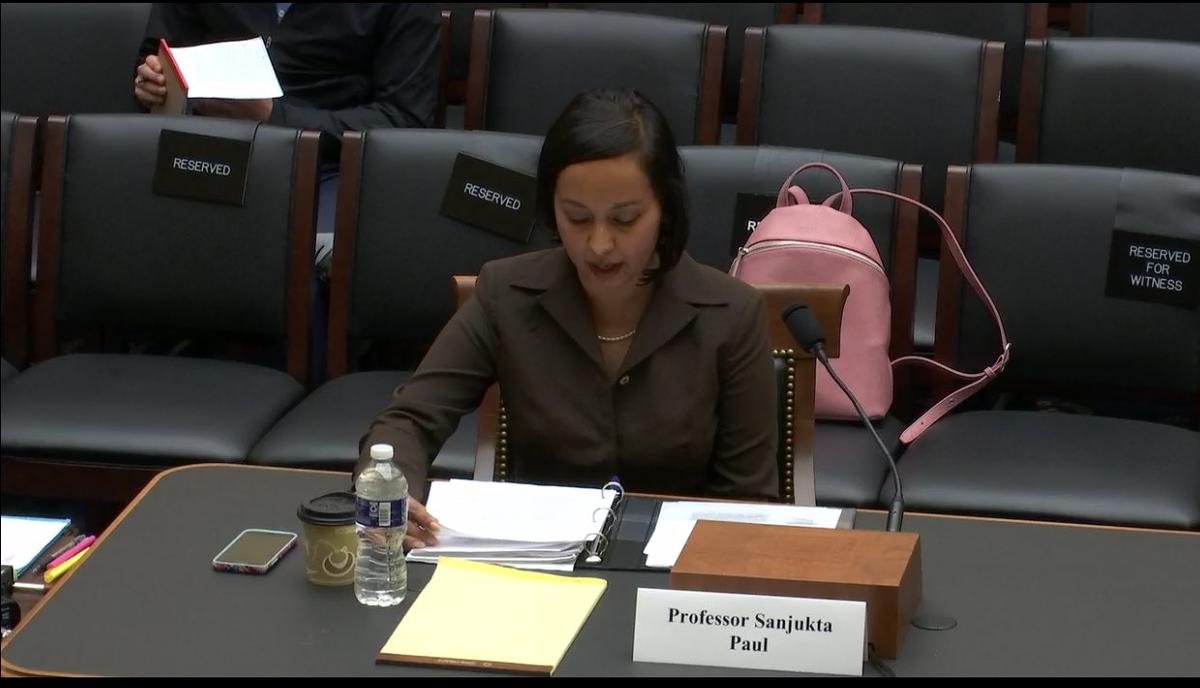 For several years, you were a public interest attorney in Los Angeles focusing on labor and civil rights issues. At UCLA School of Law, you taught the Workers Rights Litigation Clinic. How, if at all, have these experiences informed your teaching and/or scholarship?
I think that my particular practice background has meant that whatever area of law I am researching, at the broadest level I am often asking about how it affects workers, and the place of workers in it. So I bring this perspective to my research in business law subjects, including antitrust and corporate law.

Also, the fact that I was a litigator for several years definitely affects how I teach doctrinal subjects. I want students to analyze doctrine, to understand its developmental context as much as possible—and I also want to bring it back to the day-to-day of lawyering. In fact, I believe that good advocates are also able to put their ‘legal scholar hats’ on when necessary, so I see this all as fundamentally interconnected.

Next year, your book, Solidarity in the Shadow of Antitrust: Labor and the Legal Idea of Competition, will be published by Cambridge University Press. Can you provide us with a sneak peek of what it is about?
The book starts from the premise I elaborated in a recent paper—that antitrust law (along with labor and corporate law, among others) allocates economic coordination rights. I then aim to show how competing visions of this legal allocation have, over time,  shaped business practices and economic relations that we might otherwise tend to naturalize, with an emphasis on labor and the workplace. I argue that the antimonopoly tradition and the original legislative intent behind antitrust law were aimed at a more democratic allocation of coordination rights, while a more hierarchical allocation has been interposed (frequently by the judiciary) at key junctures of legal development. Labor and workers have, in different ways, been foundational to both visions.

You have been quoted by numerous media outlets and also written pieces for general interest publications. You have also written for blogs. How does breaking the legal principles at play down for a general audience differ from what you do when you pen a scholarly work?
Great question and I’m not sure I’ve mastered it. But generally, I try to take something concrete and current, and relate it to a more general and enduring principle or set of questions.

Legal blogs are great because in addition to disseminating academic work to a broader audience, they are also a good way to interact in a fruitful way with other scholars and lawyers, much more quickly than traditional scholarship allows. At best, I think these interactions help to seed longer-term scholarly projects as well.

Do you have any hobbies or interests you would like to share?
Back home, I love to garden, hike, and practice yoga. Here I have gotten back into bicycling (which makes up for missing my garden). I also enjoy travel. When I finish this book—and post-COVID—perhaps I’ll go on a walkabout in some distant place. 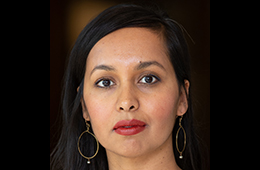