When Professor Fred Morrison came to the University of Minnesota Law School in 1969, the entering class was nearly all male, there were no international students, Minnesota statutes fit tightly into two volumes, and the faculty was as big as the second largest law firm in the state.

Today, 12 volumes of Minnesota statutes line Morrison’s shelf, and many law firms outnumber the collective faculty. More than half of the class is female and there are more than 50 foreign students.

“Many things are different, but some things have not changed,” says Morrison. “Our core curriculum remains the same. And of course, this school is still one of the three or four best public law schools in the United States.”

What has changed, he says, is the growing specialization in legal education. “Fifty years ago, our job was to make sure students were generalists, but most lawyers then were from similar backgrounds. Today, the diversity of views requires the law to have benchmarks that aren’t subjective. This is positive but it demands that legal education be much more specialized.”

As Morrison enters his 51st year of teaching, his impact throughout the Law School is clear.

“Professor Morrison has contributed enormously to the outstanding reputation and legacy of our law school,” says Garry W. Jenkins, dean and William S. Pattee professor of law. “Five decades of students, faculty, and staff have benefited from his preeminence in the field of international law and his service to the Law School and the University. He is singularly responsible for our superior LL.M. program and several of our international partnerships. His dedication to his students, commitment to law and justice, and steadfast support for Minnesota Law are all unparalleled.”

A force for an international focus
Kara Galvin, director of International and Graduate Programs, credits Morrison for the tremendous growth in international focus at the Law School. “He has been at the helm in developing the LL.M. degree, the S.J.D. degree, and the Visiting Scholar program,” she says. “He seems to be able to carry on a conversation in anybody’s language. It's incredible to watch.” 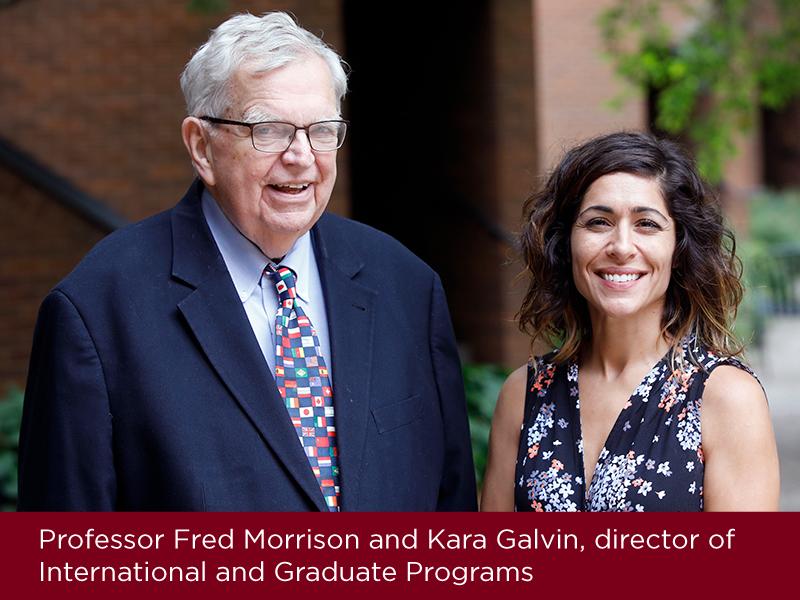 Meredith McQuaid ’91, who worked with Morrison for many years before becoming associate vice president and dean of International Programs for the University of Minnesota system, says Morrison deserves particular credit for the LL.M. for foreign lawyers. “Back in 1994, you would have been hard-pressed to find such a program anywhere,” she recalls. “Fred appreciated the need for education for non-American lawyers who are often required to interact with the American legal system. But he also saw the benefit of bringing lawyers from all over the world into the classroom with J.D. students.”

Morrison attended Oxford on a Rhodes Scholarship before earning a Ph.D. in political science from Princeton University and a J.D. from the University of Chicago. “My career goal was to be a political science teacher, but I thought I had better get a law degree, too, since I would be teaching constitutional law,” he says. After teaching for two years at the University of Iowa Law School, Morrison was lured to Minnesota by then-Dean William Lockhart.

Early in his career, Morrison took time off from teaching to get practical experience at the law firm of Popham Haik; he later worked in the U.S. State Department, where was appointed counselor on international law. He represented the United States in the International Court of Justice and in the Iran–United States Claims Tribunal. He also helped craft some of the constitutional structures that led to the peaceful separation of South Sudan, the world’s newest country, from Sudan.

In service to the wider academy
Morrison is widely recognized for his work throughout the University. He served on the faculty consultative committee and in the University Senate, and in May 1997 he was honored with the University President’s Award for Outstanding Service.

“Fred is a great teacher and scholar, but also a wonderful citizen of the University,” says Professor Robert Stein ’61, who has worked alongside Morrison for many of the last 50 years. “He is highly respected by the Law School faculty, but the central administration depends on his expertise, too.”

Driven by curiosity
McQuaid says that Morrison is driven by an authentic curiosity about other cultures. “I traveled with him to China numerous times, and he is a great travel companion. He’s unflappable, gracious, and respectful. To be truly educated, you have to be educated about other cultures. Fred knows this. He has been a remarkable role model for me and many other people.”

Morrison and his wife are avid travelers—they recently returned from Svalbard, a group of islands north of Norway, well within the Arctic Circle—but every fall he is back in the classroom. “I’m still having fun,” he says. “Why quit now? It never gets old watching students mature in their knowledge of the law.” 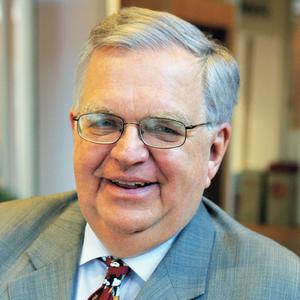