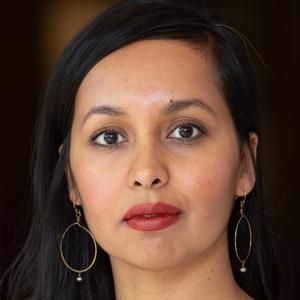 Visiting Professor Sanjukta Paul, who will join us at Minnesota Law in Fall 2020, received her J.D. from Yale Law School, where she served as a Coker Fellow, and subsequently completed a judicial clerkship on the Ninth Circuit Court of Appeals. For several years she was a public interest attorney in Los Angeles focusing on labor and civil rights issues, and then a research and clinical teaching fellow at UCLA School of Law, where she taught the Workers Rights Litigation Clinic.

Paul joined Wayne State as an assistant professor of law in fall 2017, and her current work is at the intersection of antitrust and labor. Her book, Solidarity in the Shadow of Antitrust: Labor and the Legal Idea of Competition will be published by Cambridge University Press in 2021. Paul’s scholarship has also appeared or will appear in, among others, the UCLA Law Review, Law & Contemporary Problems, and the Berkeley Journal of Employment & Labor Law. Her paper “The Enduring Ambiguities of. Antitrust Liability for Worker Collective Action” was recognized with the Jerry S. Cohen Memorial Fund’s award for the best antitrust scholarship of 2016 (category prize). She is currently co-editing a comparative law collection entitled Labor in Competition Law, under contract with Cambridge University Press, with contributors from around the world.

Paul has written for broader audiences in venues such as The American Prospect, The Nation, Barron’s, Project Syndicate, and Aeon, and also regularly contributes to legal blogs such as Law & Political Economy and OnLabor. She and her work have been cited in the Wall Street Journal, The Guardian, Bloomberg, and The Week, among others.

Paul has also presented and applied her research in a number of policy settings, including testimony in front of the U.S. House of Representatives, Subcommittee on Antitrust, Commercial and Administrative Law; written comments to administrative agencies such as the FTC and the NLRB; public workshops held by agencies such as the Department of Justice (Antitrust Division); and in amicus briefs submitted to courts.

Labor & Antitrust in the Gig Economy and Beyond