You’ve had some interesting life experiences could you describe one of them?

I have always been interested in filming things since I was young. I got interested in the field when I joined the UCI student-run YouTube channel  (Anteater TV) in the summer of 2019 and met a fellow intern who was a filmmaker himself. I have directed three films so far tacking such diverse and controversial topics as organ-trafficking, anti-cyberbullying efforts, and the prosecution of an alleged female serial killer.

What do you hope/plan to do with your legal education (realizing, of course, this may change during the course of your studies)?

I would like to study copyright law and/or entertainment law with an eye toward working in the entertainment or film industry. Korean movies and dramas have been growing in prominence in overseas markets including the United States (e.g. “All of Us Are Dead,” “Squid Game,” and “Extraordinary Attorney Woo,” etc.) I want to become an attorney who helps interested Korean filmmakers/entertainment companies who want to expand in the U.S. market—and being bilingual helps a lot!

There are many law school choices. Why did you select Minnesota Law?

I have lived in California for the past seven years and am interested in experiencing a new environment while I am still young. Minnesota Law also offers good externship programs, career opportunities, and curriculum. The community and the bond between students also seemed stronger compared to other schools where class size is larger.

Minnesota Law as an institution emphasizes leadership. What does leadership mean to you?
Leadership is not simply leading people to complete a task; similarly, a good leader is not necessarily the one who imposes his/her thoughts on his colleagues / people / teammates /anyone he/she works with. Even if a leader strongly disagrees/objects to what the teammates think, to be a good leader one must be willing to listen to others’ thoughts and opinions, and blend those ideas together to get the best outcome that can bring the most out of the team. For me this is leadership.

What are you most looking forward to about being a law student?
Gaining in-depth knowledge of law, interacting with people from different places and backgrounds.

What are your hobbies/ interests?
Watching movies and getting inspiration reading articles on controversial subjects and court cases; video games; taking photographs of the surrounding environment. Minneapolis and Minnesota in general has landscapes completely different from California and Florida. (It is going to be the first time I’ve seen snow in eight years, and I am very excited about it!)

How do you like to spend your free time?
In my time I like doing hobbies, or taking a nap, or bicycling or going for a walk.

Favorite inspirational quote, book, or personal hero that you would like to mention?
My favorite quote is “We all make choices, but in the end our choices make us” - Andrew Ryan (a character from my favorite video game Bio Shock 1)

Something interesting about me that others might not know.
I was one of few students who rode a Segway (smart self-balancing electric scooter; basically an electric unicycle) on campus when I was an undergrad. Probably the only person in the School of Social Science. I would have also brought it to Minnesota if there wasn’t too much snow (and harsh weather.) 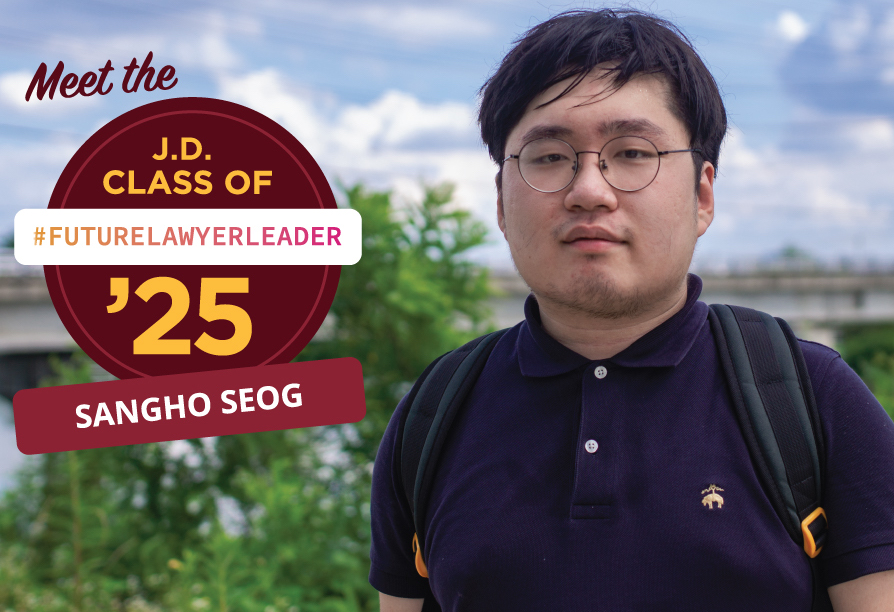