Joaquin C. Arriola ’53, whose storied public service career in Guam included serving as the speaker of its legislature, a member of its senate, and an associate justice on its supreme court, passed away on May 4 at the age of 96.

From 1996-2006, Arriola served as an associate justice of the Supreme Court of Guam.

“Attorney Arriola was a stalwart not only of the legal profession in Guam, but of the community at large,” the Judiciary of Guam said in a statement on Arriola’s passing. “He was the longest practicing lawyer in Guam, having given 67 years of service to the Judiciary of Guam, the Guam Bar Association, countless clients, and the people of Guam.” 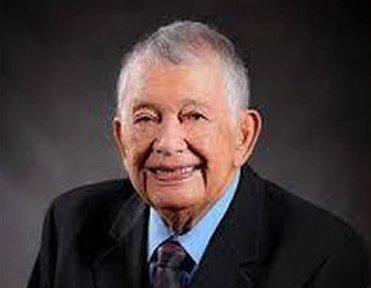