A seminar offered annually at Minnesota Law allows students the opportunity to take a deep dive into the electrifying world of energy and utility law.

Relying on a mix of lecture, experienced guest speakers, legal writing, student presentations, and group discussion, the course,  Energy and Utility Law, explores law, regulation, and policy. The seminar will mark its fourth session at Minnesota Law next spring.

“Part of it is looking at the laws that are on the books today and getting students to appreciate those, but to me, the interesting part of it is how those things are relevant in the real world,” says Adjunct Professor Amanda Rome, executive vice president and general counsel for Xcel Energy. “There are environmental stakeholders, big customers, and all sorts of different interests, such as the Attorney General’s office. How do they all come together and actually make a difference that we can see?”

Co-teaching the class will be Edward Garvey '86, president of AESL Consulting.

“The utility bar is relatively small and focused,” says Garvey, whose company provides strategic regulatory and public policy support to public utilities. “But there are interconnections between public policy, economics, law, and politics are things that come into play in just about every area of the law.”

The seminar is divided into four sections:

The focus is mostly electricity, natural gas, and water, with a lesser emphasis on telecom since it’s regulated federally for the most part.

Garvey is a former Minnesota Public Utilities commissioner. He was also a commissioner at the Department of Commerce. Rome was drafted to participate after she participated in a panel with Professor Alexandra Klass about the Texas grid crisis of last winter.

“In my role at Xcel, I have a different perspective,” says Rome. “Edward has deep roots on the state government side of it. They thought it would be interesting to have a voice from the utilities side.”

Rome will also be talking in a practical sense about how policies come about, how they get pushed through, and how they affect the stakeholders involved.

Attendees in past seminars have usually numbered between 15 and 20. Garvey notes that while energy law is a specialty area, the topics under discussion have broad relevance.

“It’s a practicum, so there’s a lot of statutory explanation – why it’s written this way, why the law was adopted that way,” says Garvey. “Things like that have universal applications.”

There is also a mock commission hearing in which students pick a party and write legal briefs based on the perspective of that party, then do an oral argument before a commission of legal practitioners.

“We also usually end up talking about some event ripped from the headlines,” says Garvey. “The situation last winter in Texas, the wildfires in California; there’s usually no shortage.”

“To expose students to that shows them a confluence of law, policy, economics, accounting, and all these things that create scenarios that impact all our lives in a very meaningful way,” she says. “If the students walk away understanding at least some components of that, I think that’s a pretty successful outcome.” 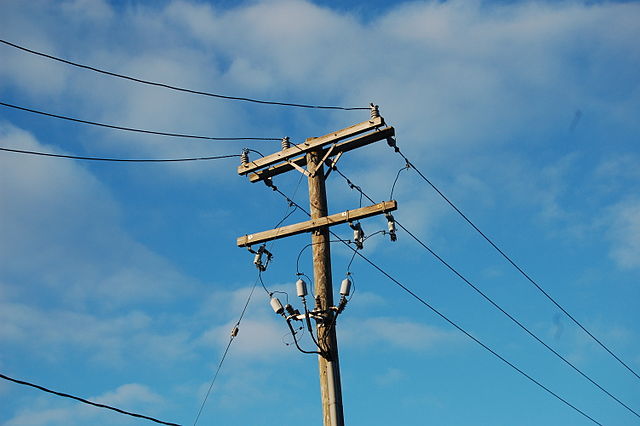