Professor Michael Tonry has been awarded a Guggenheim Foundation Fellowship.

The highly competitive, annual national fellowship was awarded to 174 American and Canadian scholars, writers, and artists selected from among more nearly 3,000 applicants. The foundation awarded fellowships this year to 184 American and Canadian scientists, scholars in the social sciences and humanities, and writers and artists of all kinds, selected from a field of almost 3,000 applicants.

This is the second Guggenheim Fellowship awarded to a Minnesota law professor. (Professor Heidi Kitrosser received one in 2017.)

Tonry plans to research and write on the influence of frontier values on the American justice system. “My goal is to offer a new and original account of the historical and cultural forces that have made contemporary American criminal justice systems systematically unjust, unprecedentedly severe, and largely indifferent to defendants’ and offenders’ human dignity,” he explained in his statement of plans submitted to the foundation.

“Our deepest congratulations to Professor Tonry on earning this highly coveted award through his rigorous scholarship and deep commitment to advancing the understanding of and improvement of the American criminal justice system,” said Garry W. Jenkins, dean of the Law School. “The Guggenheim Fellowship program is renowned in the academy, and one of its special characteristics is that it honors creative artists, scholars in the humanities and social sciences, as well as scientific researchers. We could not be prouder of Michael and the incredible honor he brings to Minnesota Law as a member of our faculty.”

Tonry is the McKnight Presidential Professor of Criminal Law and Policy, director of the Institute on Crime and Public Policy at Minnesota Law, and a scientific member of Germany’s Max Planck Society. Previously he was professor of law and public policy and director of the Institute of Criminology at Cambridge University. He has been president of the American and European Societies of Criminology.

Since 2001, Tonry has been a visiting professor of law and criminology at the University of Lausanne, Switzerland, and since 2003, a senior fellow in the Netherlands Institute for the Study of Crime and Law Enforcement, Free University Amsterdam. He has been a Fellow of All Souls College, Oxford, and held visiting posts at the University of Leiden, The Netherlands, and the Max Planck Institute on International and Comparative Criminal Law in Freiburg, Germany.

Tonry has written a number of books including Between Prison and Probation (with Norval Morris) (Oxford University Press 1991), Malign Neglect (OUP 1995), Sentencing Matters (OUP 1996), Thinking About Crime (OUP 2004), Punishment and Politics—Evidence and Emulation in the Making of English Penal Policy (Willan 2004), Punishing Race (OUP 2011), Sentencing Fragments (OUP 2016), and Doing Justice, Preventing Crime (OUP 2020). In addition, he has edited a number of books including Why Crime Rates Fall and Why They Don’t (University of Chicago Press 2014), American Sentencing: What Happens and Why? (Chicago 2019), Organizing Crime: Mafias, Markets, and Networks (with Peter Reuter; Chicago 2020), and Of One-Eyed and Toothless Miscreants: Making the Punishment Fit the Crime? (OUP 2020).

Tonry received his LL.B. from Yale, his A.B. from the University of North Carolina at Chapel Hill, and his Ph.D. from Free University Amsterdam.

Since its establishment in 1925, the John Simon Guggenheim Memorial Foundation has granted nearly $400 million in Fellowships to over 18,000 individuals, among whom are more than 125 Nobel laureates, members of all the national academies, winners of the Pulitzer Prize, Fields Medal, Turing Award, Bancroft Prize, National Book Award, and other internationally recognized honors. 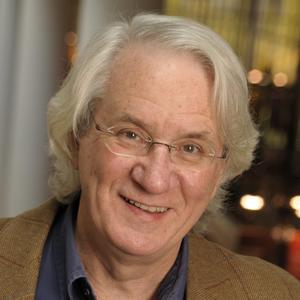