Agriculture and Environment Course Gives a Grounding in a Fertile Niche

When it comes to the intersection of agriculture and environmental law, there is fertile ground for discussion. How does animal agriculture affect water and air quality? How do pesticides impact endangered species? How have recent federal farm bills and crop insurance changed agricultural economics?

Students in the Minnesota Law seminar, Agriculture and the Environment, dive into these topics and more. It’s an opportunity to learn about the legal matters that arise in an important sector of the global and national economy and study how these issues play out in the environment.

The Law School has offered the class every spring semester since 2013. It encompasses many issues that students care about, including sustainability, air and water pollution, climate change, and industrial farming. The seminar explores agriculture and food policy, the environment, and how they collide—a unique take compared to other law schools’ more singular approach, says Jean Coleman, an adjunct professor who currently co-teaches the course with Mark Ten Eyck.

Alexandra Klass, chair of the Minnesota Law Environmental and Energy Law concentration, was associate dean for academic affairs when the seminar was proposed. She got excited about its potential and role in the overall curriculum. “We’re a land-grant university in an agricultural state, so to have a real focus on agriculture and environmental law would be a great addition,” she says.

David Minge agreed to create the class, making it even more appealing, Klass says. Minge represented Minnesota’s Second District in the U.S. House of Representative for eight years, serving on the Agriculture Committee. He also was a Minnesota Court of Appeals judge for a decade until 2012. Minge was eager to build on the law school’s existing expertise in agriculture law by exploring the topic in an environmental context.

There was no casebook or collection of materials, so Minge developed the curriculum from scratch, pulling together case law, lining up guest speakers, and designing the course to include a major research paper and presentation. That often led the class into unexpected subjects and discussions, such as exotic crops like ginseng or urban agriculture.

“There’s never been a shortage of topics,” says Minge, who co-taught the course for two years with Stephen Carpenter, deputy director of the Farmers’ Legal Action Group (FLAG). Minge still guest lectures since stepping down in 2018. “My principle interest in teaching the class was that students would understand both the critical and current nature of these environmental issues as they intersected with the agricultural sector of the economy.” He also wanted to reveal the many career opportunities in these fields, both in the Twin Cities and rural Minnesota.

The class has been popular, Klass says, attracting law students along with graduate students from the Humphrey School of Public Affairs and the College of Food, Agricultural, and Natural Resource Sciences.

Ten Eyck and Coleman are in their third of year of teaching the seminar. Originally from rural Iowa, Coleman worked in land conservation, natural resource protection, farmland preservation, and as in-house counsel for the Minnesota Pollution Control Agency. Ten Eyck devoted his career to environmental law, first working in private practice representing agribusinesses on environmental issues and later working as a program officer and legal director of the Minnesota Center for Environmental Advocacy.

Coleman enjoys teaching about the tensions that emerge in natural resources–based economic activity. For example, one class covers balancing the need for land drainage to accommodate agriculture with protecting vital watersheds and soils.

“How do we achieve benefits for both the economic and natural resources aspects of our state? It’s fascinating if you’re practicing anywhere in the state of Minnesota or the Midwest, where there is a large agricultural presence, to understand why parties approach conflicts in certain ways,” Coleman says. “That’s an area of law that doesn’t get touched on in many other courses.”

“Environmental agriculture law is very much in the news and in the minds and interests of people from a number of perspectives. We try to cover the topics that are hot at the moment,” says Ten Eyck. “I’d like students to understand that practicing environmental law and agricultural law goes beyond the traditional legal practice and gets into advocacy more generally in the media, at the Legislature, with stakeholder advisory panels, and in relationship to emerging science. Our course gives students a feel for this multifaceted career.” 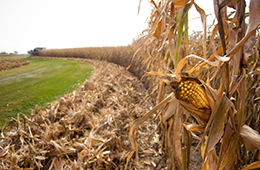 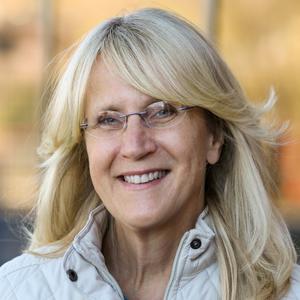 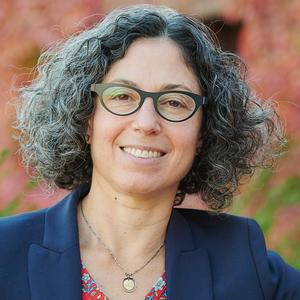