Kristin Trapp, 3L, partnered with University of Louisville alum Lauren North, to fundraise for the Innocence Project in honor of Juneteenth and to promote Black Lives Matter. The Facebook fundraiser’s initial goal was $150. As of now, they have raised more than $41,000. Trapp recently answered a few questions about the duo’s motivations behind starting the fundraiser and her reactions to its success.

Can you tell us why you chose the Innocence Project as a fundraising opportunity? And, how did you and your fundraising partner connect?

I met Lauren North in London, as we were both graduate students in the same program. I continued to follow her accomplishments as she graduated from the Louis D. Brandeis School of Law. She is an exceptional student, fierce advocate and engaging role model—so I have followed her closely for guidance as she navigated law school a year ahead of me.

I noticed her Fundraiser on Facebook and decided to try and get my network to donate to it—given the honorable and critical work that the Innocence Project does, particularly for the Black community.

I told my Instagram followers that I would give them a personal shout out (a compliment or funny story) if they donated. The donations began pouring in and by the end of the day, the fundraiser had over $2,000. By the next day, our two close networks continued spreading the word, sharing the page, and some donated several times. At this point, the fundraiser was a beast of its own—spreading far beyond our networks and climbing by thousands of dollars every hour. Lauren and I were both glued to our phones for days advocating for the fundraiser, so she made me an “admin” on the fundraiser. That said, I was just along for the ride. Lauren’s leadership, our networks’ enthusiasm, and generosity is what made this a success.

You initially started out with a goal of raising $150 for the Innocence Project, what is the total raised so far?

How did the killing of George Floyd influence your response?

The fundraiser began almost a month after George Floyd and Breonna Taylor’s murder—Mr. Floyd’s in my city, and Ms. Taylor’s in Lauren’s. It was organized in honor of Juneteenth. I believe these factors influenced not only Lauren and I’s compulsion to act, but all those who donated, as well. Any failure to act is be complicit with the racist brutality happening in front of our eyes and in our cities.

But that begs the critical question: why now? Police brutality against Black people didn’t start in May. Where was I after Philando Castile? Natasha McKenna? Michelle Cusseaux? My urgency is far too late and that demands my acknowledgement and correction.

How does supporting the Innocence Project connect with the kind of law you’d like to do?

I believe everyone in the legal field—from public to private practice—has a duty to rectify the centuries of trauma and inequality inflicted by the legal system on minorities. Racism has no boundaries and it demands my attention wherever I land professionally.

At a time when the nation is discussing injustice in the criminal justice system, how can law students and the legal community make a difference?

There are so many measures that must be taken. Legal academia has a long way to go; diverse students and faculty are scarce, particularly at Minnesota. It needs to change. In the classroom, we need honest curriculum that integrates the role of white supremacy in law. Beyond academia, we need legal reform, far more diverse leaders in private law, public interest support, and an atmosphere that continuously questions how our system is perpetuating inequality.

Are you involved in any other racial or social justice efforts?

I am an editor for the Journal of Law and Inequality, where my research focused on the unique barriers facing female asylum seekers. I also serve as a student director for the Immigration and Human Rights Clinic. In my personal time, I am in the midst of creating a nationwide campaign to rectify the erasure of women (particularly women of color) in state constitutions.

What would you like people to know about this fundraiser?

This fundraiser is a beginning, not an end. We need our efforts to continue with the same level of energy, commitment, and urgency.

I’m currently a research assistant for Professor [Amanda] Lyons, helping with an upcoming book on Poverty and Human Rights. Once it is safe, I’ll be joining as a “summer” associate at Best & Flanagan to gain experience in private law. I want to keep my eyes, ears, and doors open for opportunities that allow me to continue to grow as a person and advocate. 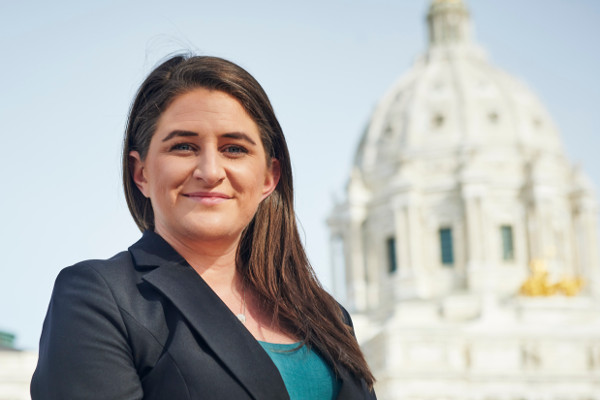