The Office of the Senior Vice President for Academic Affairs and Provost has announced that Associate Professor Neha Jain has been named a 2016-2018 McKnight Land-Grant Professor. Jain is one of just eight University of Minnesota faculty members selected this year for the honor. The two-year professorships include research grants of $25,000 in each year, to be used for expenditures related to the recipient’s research and scholarship.

Jain’s scholarship focuses on public international law, criminal law, legal theory, and comparative law. She joined the Law School in 2012 from Georgetown University Law Center, where she had been a law research fellow since 2010. She previously worked at the Max Planck Institute for Foreign and International Criminal Law in Freiburg, Germany (2008-10). Jain completed her B.C.L. and D.Phil. in law from Oxford University, where she was a Rhodes scholar and Jowett Senior Scholar at Balliol College. She was awarded the 2015 Brandon Research Fellowship at the Lauterpacht Centre for International Law at Cambridge University and will be an STIAS fellow at the Stellenbosch Institute of Advanced Study in 2016.

During the term of the McKnight Land-Grant professorship, Jain will continue investigating the question of who should be held responsible for mass atrocity. International criminal courts typically focus on prosecuting senior leaders, who are generally far from the physical scenes of the crimes and remote from the victims who experience them, leaving other alleged perpetrators to domestic accountability processes. Does the failure to prosecute lower-level offenders distort historical and political reality, betray victim expectations, and defeat the possibility of transitional justice? Jain will examine whether accountability for international crimes can be individualized and if senior leaders should be the dominant focus of responsibility mechanisms at the international level.

The goal of the McKnight Land-Grant Professorship program is to strengthen the University for the future by recognizing and supporting its most promising junior faculty members—those who have the potential to make significant contributions to their departments and to their scholarly fields. 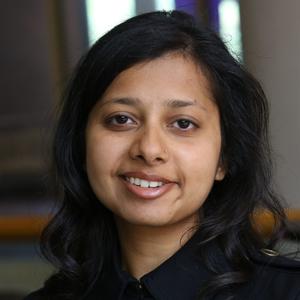