On June 1, the U.S. Supreme Court issued its opinion in Mellouli v. Holder, handing a victory to Moones Mellouli, a pro bono client represented jointly by the University of Minnesota Law School's Center for New Americans, Faegre Baker Daniels and the Immigrant Law Center of Minnesota (ILCM). The decision is an early milestone for a unique law school program created to transform U.S. immigration policy through partnerships with law firms and non-profit immigration legal service providers.

The Supreme Court was asked to decide whether a lawful permanent resident can be deported for possession of drug paraphernalia where the conviction may not relate to a substance listed in the Federal Controlled Substance Act. In 2010, Mellouli was charged and convicted of possessing paraphernalia in the form of a sock. He was deported without the federal government having to show that the sock contained a controlled substance on either the state or federal controlled substance schedules.

Center for New Americans Teaching Fellow, Kate Evans, Director, Benjamin Casper (’97), along with recent Minnesota Law School graduates Caitlinrose Fisher (’15), Anna Finstrom (’15), and Julia Decker (’14), took part in the litigation with co-counsel from FaegreBD and ILCM and together secured the ruling that will now allow Mellouli, a mathematician, to return to the United States. The case was argued before the Supreme Court by Jon Laramore, a former former FaegreBD partner, on Jan. 14, 2015.

The Ruling
Accepting Mellouli's argument, the court ruled 7-2 that a legal permanent resident may not be deported for a drug conviction unless that conviction is necessarily tied to a drug covered by the federal Controlled Substances Act, which Mellouli's conviction did not.

Mellouli's misdemeanor conviction for paraphernalia possession could have been tied to drugs controlled by Kansas but not by the federal government, so under the court's ruling his deportation was unlawful. As the court held, "the government must connect an element of the alien's conviction to a [federally controlled substance]." The court rejected the Justice Department's broad reading of the federal deportation statute, holding that it stretched the statute's text "to the breaking point" and led to consequences Congress could not have intended. The court's decision is likely to preclude deportation of thousands of legal residents with low-level drug convictions.

"We are gratified that the court accepted our reading of the statute, which allows our client to return to the U.S. and join his fiancée," Laramore said. "The court not only reached the result we sought, but agreed with our assessment that the government's broad interpretation of deportation law was a misreading of Congress' intent."

Evans added, "The decision stands to benefit countless immigrants nationwide by rejecting yet another attempt by immigration officials to go behind some of the most minor drug convictions in search of facts that were never proven in criminal court. Our client contacted us this morning just after the ruling and was overcome with emotion at the prospect of returning home to his life in the United States."

Early success for unique law school program
The victory in Mellouli comes just two years after the University of Minnesota Law School established the Center for New Americans in 2013 with support from the Robina Foundation. The Center is the first clinical program of its kind, designed as a formal partnership with several of Minnesota's preeminent law firms—Faegre Baker Daniels, Robins Kaplan, and Dorsey & Whitney—and leading nonprofit immigration legal service providers—the Immigrant Law Center of Minnesota, The Advocates for Human Rights, and Mid-Minnesota Legal Aid. The Center is home to three integrated immigration clinics and an outreach program that offer law students a wide range of educational opportunities in public service to noncitizens.

Julia Decker worked on the Mellouli as a third-year law student with the Center for New Americans, and after her graduation in 2014 continued on the team as an attorney with the ILCM. "Without a doubt this was the highlight of my legal education. Working as part of a team of immigration experts and appellate litigators to provide our client the very highest level of advocacy is an experience I simply could not have had anywhere else."

Dianne Heins, FaegreBD's pro bono counsel and director of pro bono and community service led efforts to establish the Center for New Americans and has overseen the firm's partnership with the Center. She sees the Supreme Court victory as a sign of even bigger things to come. "This is a great day and we could not be prouder of what we were able to accomplish together in this case. But it is just the beginning. The victory puts the Center for New Americans on the map as a new leader in clinical legal education, and it proves the collaborative model we adopted together has long-term potential to drive even more fundamental reform of our nation's immigration laws." 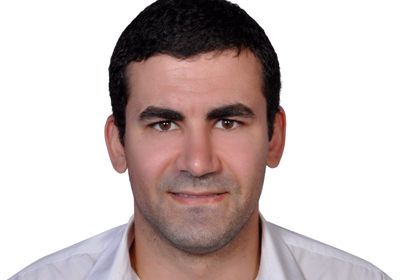