What Process Is Due?: The History and Use of Private Prosecutions in American States,  and an Exploration of Constitutional Rights and the Contours of Due Process

Join the Human Rights Center and Riesenfeld Rare Books Center for a book talk with Professor John Bessler (U. Baltimore). Bessler will discuss his new book, Private Prosecution in America: Its Origins, History, and Unconstitutionality in the Twenty-First Century (2022), the first comprehensive and historical examination of a practice that dates to the colonial era. In Private Prosecution in America, Bessler shows how private prosecutors—acting on their own behalf, as next of kin, or through retained counsel—have initiated and handled prosecutions and sought the punishment of offenders, including in capital cases.

Private prosecution is still with us today. After reviewing current state laws and locales that continue to allow private prosecutions by interested parties, Bessler makes the case that such prosecutions violate defendants' constitutional rights and should be outlawed. This talk will give an overview of the arguments and stimulate discussion on an important and ongoing issue relating to the due process rights of defendants.

Bessler has written or edited eleven books, six on the subject of capital punishment, two on the origins of American law, one on the craft of writing, and a biography of the eighteenth-century Italian philosopher Cesare Beccaria. His undergraduate degree from the University of Minnesota is in political science, and in addition to an M.F.A. in Writing from Hamline University, he has a master’s degree in international human rights law from Oxford University. His law degree is from the Indiana University School of Law in Bloomington. His law review articles have appeared in the American Criminal Law Review, the Arkansas Law Review, the Northeastern University Law Review, the Montana Law Review, and elsewhere, and his books have received numerous awards, including the Scribes Book Award for The Birth of American Law: An Italian Philosopher and the American Revolution (Carolina Academic Press, 2014).

The reception will be held in Ballard Spahr Conference Room from 5-6pm.

Light Refreshments will be served.

If you are unable to attend the in-person lecture, a video recording will be available and linked from this event page following the event. 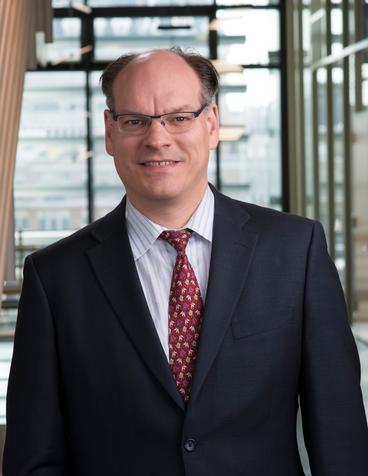