Commonly known as RICO, the Racketeer Influenced and Corrupt Organizations Act, 18 U.S.C. § 1961, et seq., grabs more headlines and is more sweeping in its application than practically any other federal statute.  Originally intended as a weapon against the Mafia, RICO has evolved into a statute used to fight a wide variety of corrupt practices.   For example, executives accused of taking kickbacks at FIFA were indicted under RICO in the Spring of 2015.  A U.S. Senator recently suggested that the DOJ should bring RICO claims against fossil fuel companies whose products are causing climate change, analogizing such a claim to the DOJ’s use of RICO against tobacco companies who falsely advertised the health affects of smoking.

RICO is increasingly becoming an important aspect of international business.  In 2014, Chevron brought RICO claims against a U.S. lawyer who allegedly bribed foreign officials in order to obtain a multi-billion dollar judgment in a foreign tribunal.  RICO, however, has its limits.  Courts are beginning to weigh in heavily against RICO’s application to extraterritorial disputes.  When RICO claims were alleged in the sex abuse cases against the Catholic Church, courts struck down the claims on the basis that the plaintiffs sought compensation for personal injuries, which are not within the scope of the statute.  Enterprise, pattern and causation issues under RICO present some of the most complicated legal questions that any lawyer will ever confront.

Professor Grell has been litigating RICO claims since graduating from Georgetown University Law Center in 1990.  He was counsel of record in Klehr v. A.O. Smith Corp., 521 U.S. 179 (1997), in which the Supreme Court dismissed RICO claims brought against Professor Grell’s client and adopted accrual principles that continue to govern RICO’s statute of limitations.  Professor Grell is the author of Grell on RICO and is the editor of ricoact.com. 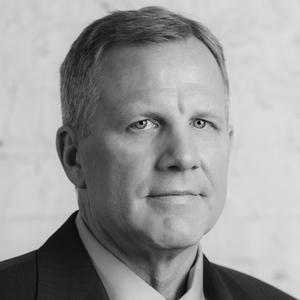