A Tradition of Scholarship and Service: A Brief History of the University of Minnesota Law Library 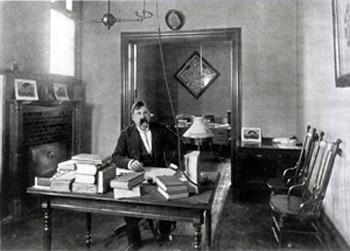 The extensive collections of the University of Minnesota Law Library are the result of over one hundred years of support by the Law School and the commitment of generations of librarians. When the Law School opened its doors in 1888, the Law Library consisted of Dean William S. Pattee’s private collection of a few reports, session laws, and practitioner’s textbooks.

As former Dean Robert Stein wrote in his history of the Law School, “The school’s library initially was nothing more than Dean Pattee’s personal library gone public.” The Law School moved quickly in the first twenty-five years of its history to acquire state reporters, Anglo-American treatises, and other standard works. By 1912, the number of volumes in the Library reached over 17,000.

The arrival of Arthur C. Pulling from the Harvard Law Library in 1912 marked the beginning of a golden era of growth for the Library. Professor Pulling aggressively collected both contemporary and historical materials. With a fine eye for value and bargains, he purchased entire private collections in both the United States and Europe. When Professor Pulling departed in 1942, the University of Minnesota Law Library was the sixth largest legal collection in the United States, with over 100,000 volumes.

In 1973, George Grossman became the Library Director during a period of sweeping change. His challenge was two-fold: plan a new state-of-the-art facility, and usher the Library into the age of technology. In 1978, the Library moved from Fraser Hall to its new quarters in the current Law School and was immediately heralded as one of the finest legal research facilities in the nation. M. Kathleen Price, who assumed the directorship in 1980, continued to expand the Library’s technological capabilities by introducing an online public access catalog and automating other functions throughout the Library. Joan S. Howland was appointed Director in 1992. Under her leadership, the Library continues to develop its excellent services and strong collections, integrating both print and digital resources.

The mission of the Library today is the same as it was in 1888 when the Dean painted a “rough book-case” and later “placed the books upon these shelves and the department was ready for business.” Dean Pattee’s library of a few hundred law books has grown to a million, and technological advances have changed the nature of the collection and the ways in which the Library provides information. Throughout the decades, however, the Library has remained a steadfast partner in the Law School’s commitment to excellence in legal education.

Source: Robert Stein, In Pursuit of Excellence: A History of the University of Minnesota Law School (St. Paul: Mason, 1978). 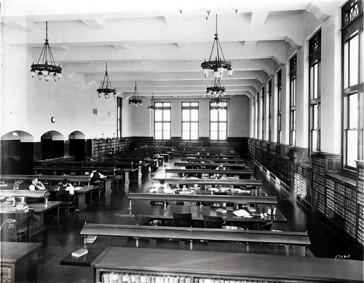 1890
The Ariel (University of Minnesota) notes: “The Law Library is now the most convenient place of study in the University, particularly when gas light is taken into consideration.”

1928
The Library moves from Pattee Hall to Fraser Hall.

1974
The Library adopts the Library of Congress classification scheme.

1978
The Library, under the direction of George S. Grossman, moves from Fraser Hall to the current Law School (named Walter F. Mondale Hall in 2001). 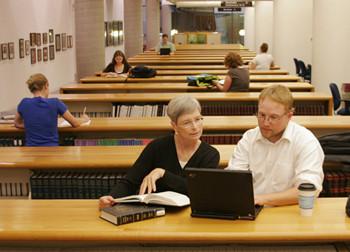 The Library celebrates its millionth volume: The Papers of Clarence Darrow.

2006
The Library dedicates the Barbara Steffens Hedin Alcove on Law, Literature, and the Arts.

2011
The Library begins contributing some 120,000 volumes to the Google Books Project.

2013
The Library participates in the Law School's 125th anniversary celebrations, and publishes a book, 'Never Whisper Justice:' A Tribute in Photographs to the University of Minnesota Law School.

2015
The Library celebrates the 800th anniversary of Magna Carta with a series of events, a commemorative digital site, and a new, upper-division Law School seminar entitled Magna Carta and the Evolution of Anglo-American Law.