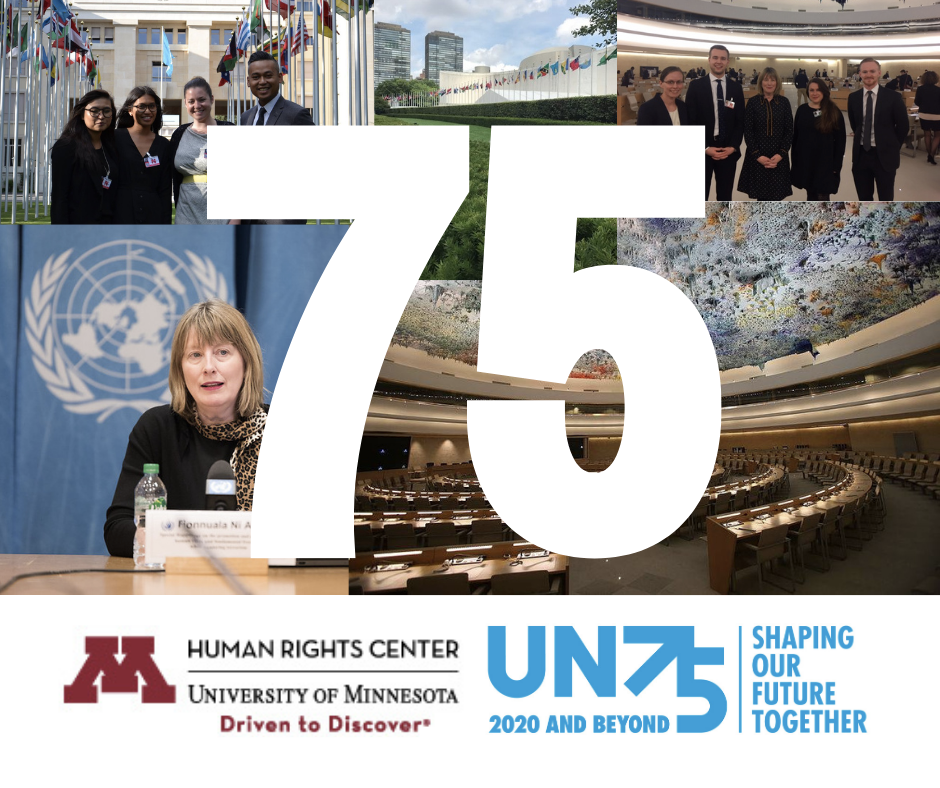 In October 1945, responding to the devastation of World War II, nations came together to found the United Nations with a commitment to support international peace and security throughout our world. The Human Rights Center joins the international community this fall in commemorating the 75th anniversary of this global achievement. We again find ourselves in the midst of a global crisis with the call to uphold and advance human rights in the midst of unprecedented challenges.

In recognition of this anniversary and global commemoration, we’ll take the coming weeks to share a series of stories from past and present, celebrating the Human Rights Center’s esteemed history and lasting engagement with the United Nations to advance human rights, at home and abroad.

To kick off this series, we are highlighting the work of the Human Rights Center’s Faculty Director, Professor Fionnuala Ní Aoláin. In 2017, the U.N. Human Rights Council appointed Professor Ní Aoláin as “United Nations Special Rapporteur on the promotion and protection of human rights and fundamental freedoms while countering terrorism,” the first woman to hold this role. This year, she was re-elected by member states for another three-year term.

Under her mandate from the UN, Professor Ní Aoláin is an independent expert, working closely with states, United Nations entities, and civil society organizations to advance human rights protections in some of the most difficult contexts in the world. The Human Rights Center is proud to support Professor Ni Aolain in this groundbreaking, global human rights work.

To learn more about the UN work of the Human Rights Center’s Faculty Director, Professor Fionnuala Ní Aoláin, check out the following resources: