About the Clemency Project 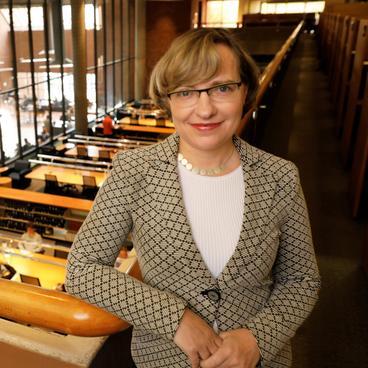 The University of Minnesota Law School’s Clemency Project advocates for individuals serving disproportionately long prison sentences.  The Project’s clemency advocacy work is at the heart of an innovative and integrated program aimed at connecting law students in a hands-on way to the human realities of mass incarceration, and using our experiences in individual cases to catapult judicial and policy changes that will impact a larger group of criminal justice-impacted individuals.

Clemency Petitions form the Project’s core work. Throughout President Obama’s clemency initiative, 15 students drafted petitions on behalf of 35 inmates, by far the biggest contribution in terms of number of student applications by any law school in the United States. These applications resulted in 14 commutations (a 15th was granted compassionate release in an application also supported by the Project). The Project began by representing prisoners from all over the country but by 2015, focused exclusively on federal inmates sentenced or housed in Minnesota. As a result, 11 of the 15 students who worked on federal clemency petitions to President Obama visited their clients in Minnesota’s federal prisons and six of the Project’s commutees were Minnesota inmates. Then-acting U.S. Pardon Attorney, Robert Zauzmer, called in person on January 17, 2017, to advise the Law School of the final four successful applicants. See Drug inmate wins release, thanks to University of Minnesota program and State law school clemency projects help shorten drug sentences.

In 2018, it began representing state prisoners here in Minnesota, securing the second commutation in a homicide offense from the Minnesota Board of Pardons in over 30 years. See

Under the Trump Administration, the Project continued to file federal clemency applications, focusing primarily on Minnesota-based prisoners, and in particular, female prisoners at Waseca FCI, where, through CP2014, the Project had created a relationship with staff and prisoners. This focus meant the students could meet their clients in person, which they all did (until the pandemic hit). In fact, when their clients were moved to Carswell, Texas, the students flew down to visit them. This work culminated in another unprecedented number of clemency grants: 14 low-level, non-violent clemency grantees (see 14 Clemency Project Clients Granted Commutations By President and Commutation from Trump clears way for Waseca inmate's freedom 5 years early). The project continues to file clemency petitions before President Biden.  See Minnesota woman hopes story of redemption will persuade Biden to grant clemency.

Compassionate Release Applications are a natural outgrowth of the Project’s clemency work. Over-crowded prisons and the increasing “graying” of their populations make it all the more pressing that the federal Bureau of Prisons and state correctional systems move to release inmates who are elderly, of limited capacity or facing unexpected family obligations. The Project has assisted twelve clients file and/or litigate compassionate release applications, winning release for a female lifer – in partnership with local counsel Shazzie Naseem of Berkowitz Oliver LLP – in a non-violent drug case whose case deserved a “second look” on grounds beyond those traditionally recognized in compassionate release.

In the fall of 2021, the Clemency Project was formalized into the school’s 26th law clinic, the Clemency Project Clinic, making it the newest addition to the clinical training programs that students participate in to hone their legal skills and gain real-world experience with clients in a supportive setting. In the Clemency Project Clinic, students meet once a week and explore the role of sentencing advocacy in state and federal sentencing systems, the factors that influence its quality, and the insights from social scientists that can critique and improve it. The class draws on the wealth of interdisciplinary expertise on the University of Minnesota campus as well as in our local professional community. Most importantly, the students learn by doing -- through hands-on involvement in actual pending cases. Working either on clemency petitions or “second look” litigation, the students get to know a real human being and their family in the cross-hairs of the criminal justice system, and will strategize, research, and develop an effective sentencing/clemency petition. Using a “teaching hospital” format, students then brainstorm each other’s cases, critique the sentencing strategy, and learn from the courtroom experiences.  See In Minnesota Law’s Newest Clinic, Students Seek Clemency for Clients with Excessive Sentences.

Finally, building on experience and relationships developed through its work, the Project engages in Advocacy for Criminal Defendants and Inmates, including promoting expanded use of clemency powers, development of “second look” procedures, and sophisticated mitigation advocacy.  See Prof. Murray Participates in Panel with U.S. Pardon Attorney Liz Oyer about President Biden's Marijuana Pardons and Prof. Murray Participates in Panel on Federal Clemency and Compassionate Release in Second Chances Symposium at University of Chicago Law School