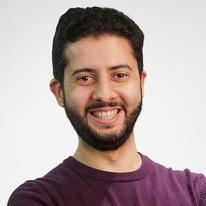 Mr. Othman Alfarhan
Kuwait
Mr. Alfarhan earned his Bachelor of Laws from Kuwait University, where he served on the law school student council. Mr. Alfarhan has recently worked as an attorney and legal advisor at Ooredoo Telecom, and plans to pursue an academic research career in civil litigation. 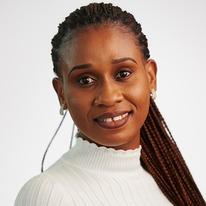 Ms. Esiri Aror
Nigeria
Ms. Aror is a legal graduate of both the Nigerian Law School and the University of Abuja, where she earned her BL and LLB degrees respectively. Ms. Aror is passionate about business law more broadly, and aims to use her legal education to promote good business and regulatory practices in Nigeria. 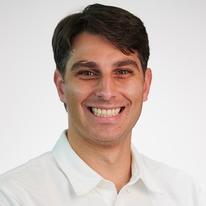 Mr. Henrique Beux Nassif Azem
Brazil
Mr. Azem is a federal attorney for Brazil, and is currently completing a Master in Law degree at the Federal University of Rio Grande do Sul. Mr. Azem speaks five languages and has a strong publication track record. His goal is to become a professor of law in his home country of Brazil. 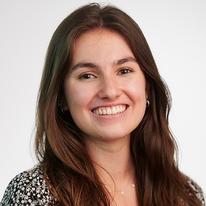 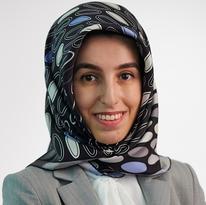 Ms. Kübra Bulut-Demirel
Turkey
Ms. Bulut-Demirel is a graduate of Faith University Law School in Istanbul, and is a two-time Turkish national debate champion. She has served as Editor-in-chief of a Turkish social science journal, and is passionate about immigration and human rights law. 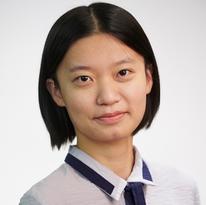 Ms. Jiaoyang Chen
China
Ms. Chen received her Bachelor of Law from Shandong University School of Law, where she served as Chief Editor of the Journal of Shandong University Law School. She has an extensive research background in criminal justice issues, and is the recipient of multiple awards for excellence in social work. 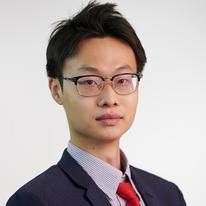 Mr. Yifan Cheng
China
Mr. Cheng earned his Bachelor of Law degree from the Beijing University of Technology, and is interested in international and jurisdictional legal disputes, and how to structure regulatory frameworks to mitigate such issues from arising. Mr. Cheng has worked with the Beijing office of Jones Day. 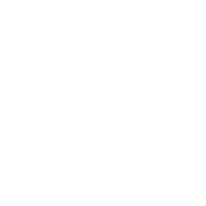 Mr. Jun Woo Choi
South Korea
Mr. Choi has a Master of Science in Technology, Management, Economics and Policy from Seoul National University, and graduated in the top 1% of his class to earn his American Law Specialist Certificate from KOABELS American Research Institute in South Korea. Mr. Choi is principally interested in technology law. 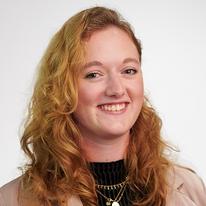 Ms. Lèna Degobert
France
Ms. Degobert has a Bachelor of Laws from Nantes University, and a master’s degree in European Human Rights Law from the University of Lyon III. Ms. Degobert has recently worked with the Office of the Judge Niilo Jääskinen at the Court of Justice of the EU in Strasbourg, France. Ms. Degobert is primarily interested in human rights law. 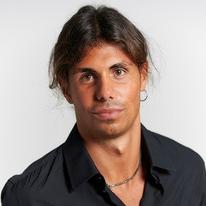 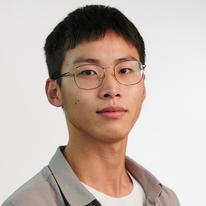 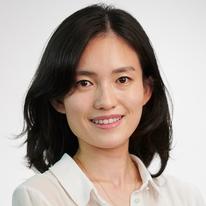 Ms. Suji Kim
South Korea
Ms. Kim earned a Bachelor’s of Law from Korean National Open University, and a Master’s in Law from Chung-Ang University. Ms. Kim’s background as a professional skier has informed her passion for sports and entertainment law, and she ultimately hopes to work for the Court of Arbitration for Sport. 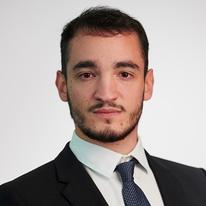 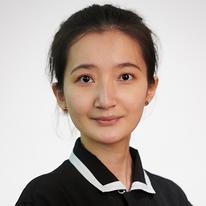 Ms. Zhuohaodi Li
China
Ms. Li graduated from Xiamen University, where she earned both a Bachelor of Law and Bachelor of Management. Ms. Li, a trained actor, possesses a deep interest in contextual diversity, and aims to use her legal education to promote personal liberty through leadership. 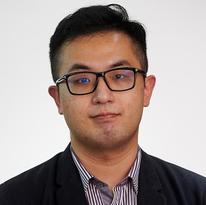 Mr. Kuan-Ting Liu
Taiwan
Mr. Liu received his bachelor’s and Master of Laws from Soochow University in Taiwan. After graduation, Mr. Liu worked as a corporate attorney, and more recently as an associate in the Cheng Yang Patent and Trademark Office in Taipei. Mr. Liu’s main research interest is in patent law. 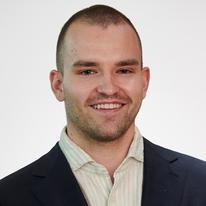 Mr. Jannik Marx
Germany
Mr. Marx recently completed his first German state law exam at Humboldt University, where he worked at Law & Legal providing legal services to those in need. Mr. Marx is primarily interested in business and corporate law, and is an avid soccer player in his free time. 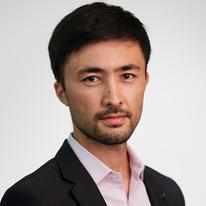 Mr. Sardor Musaev
Uzbekistan
Mr. Musaev received a Master’s in International Private Law from the National University of Uzbekistan, and possesses an extensive work history with the government of Uzbekistan. Notably, Mr. Musaev served as chief specialist on the development of bilateral and multilateral relations with the Cabinet of Ministers of the Republic of Uzbekistan. 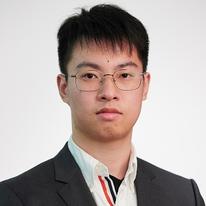 Mr. Jiawei Peng
China
Mr. Peng earned his Bachelor of Laws from Nanjing University of Finance and Economics, where he worked with the Legal Aid Center providing legal services to local communities. Mr. Peng has also worked with the Shanghai Qingpu District Judicial Bureau, and is primarily interested in intellectual property law.

Ms. Auraprang Pornpermpoon
Thailand
Ms. Pornpermpoon graduated with a Bachelor of Laws from Chulalongkorn University in Bangkok, Thailand. Ms. Pornpermpoon has worked as a legal consultant and court interpreter, and is interested in criminal justice issues, particularly those related to the protection of child rights. 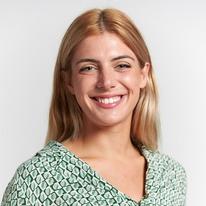 Ms. Sara Urdiales Bartolome
Spain
Ms. Bartolome earned a double degree in Law and Global Governance from ESADE University where she worked as Editor-in-Chief for a university magazine. Ms. Bartolome has also seen success competing in moot court competitions in the Houses of Parliament as her team's designated rebutter.

Ms. Thitiporn Visasnakorn
Thailand
Ms. Visasnakorn received her Bachelor of Laws degree from Ramkhamhaeng University, and has a deep interest in family law, with a particular emphasis on juvenile justice. Ms. Visasnakorn has recently worked as a legal officer at the Thai Bureau of Legal Affairs, Bureau of Land, the Royal Irrigation Department, and the Ministry of Agriculture and Cooperatives. 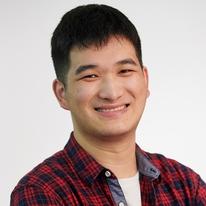 Mr. Qidong Xiao
China
Mr. Xiao received a Bachelor of Laws and Bachelor of Economics from Hohai University, and has recently worked as a paralegal with the Shanghai Anzhiqin Law Firm. Mr. Xiao, a skilled musician and conductor in his spare time, is interested in international trade and business law, with an eye towards developing regulatory frameworks that benefit international commerce. 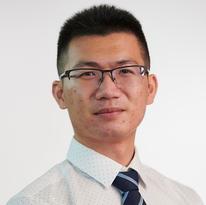 Mr. Shaohao Xie
China
Mr. Xie graduated from China University of Political Science and Law with a Bachelor of Laws, where he was the recipient of multiple awards for academic excellence. Mr. Xie is interested in business law more broadly, with a particular interest in comparative American-Chinese legal studies. 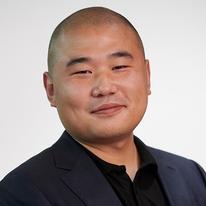 Mr. Jintao Yang
China
Mr. Yang received his Bachelor of Laws from Fudan University, where he served as the deputy director of the Communist Youth League Committee Office. Mr. Yang has worked with Shanghai Beshining Law, and is primarily interested in international business law, investments, and capital markets. 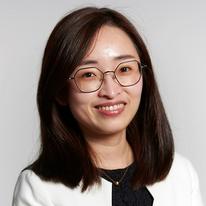 Ms. Hong Yao
China
Ms. Yao received an LL.M. from the University of California-Davis, and a Bachelor of Laws from Shandong University of Finance and Economics. Ms. Yao is chiefly interested in business and intellectual property law, and is also a skilled folk and Chinese traditional dancer. 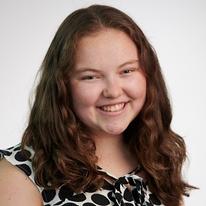 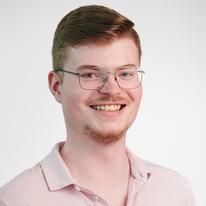 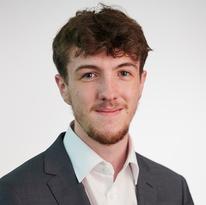 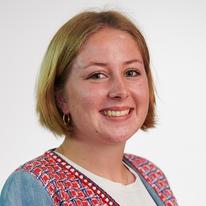 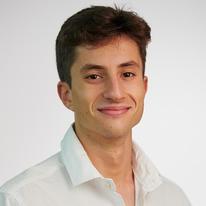 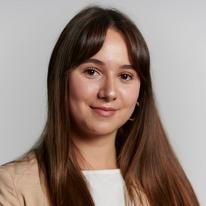