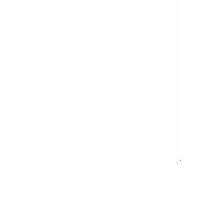 Dissertation Topic: Contract Damages in Comparative Legal Systems: The Model of the Law of Qatar 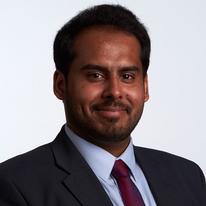 Mr. Saqer Al-Sulaiti
Qatar
Saqer F. Al-Sulaiti is an SJD doctorate student at the University of Minnesota Law school. After receiving his bachelor's in law degree from Qatar University College of Law, he worked as a full-time teaching assistant at QU, working in the externship program and Civil Procedures I courses. In 2017, he received an L.L.M. degree from the University of Minnesota and was admitted to S.J.D. program the same year. His current work is a comparative study between Qatar Arbitration law and UNCITRAL Model. 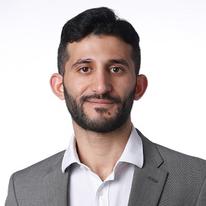 Mr. Zakaria Almulhim
Saudi Arabia
Zakaria Almulhim is an S.J.D. candidate at the University of Minnesota Law School. Almulhim served as an R.A. and a T.A. during his S.J.D. residency and candidacy. He holds an LL.M degree from the University of Minnesota Law School. During his masters, he interned with the Office of Administrative Hearings in St. Paul. Almulhim received his LL.B with the highest honor from Imam Mohammed bin Saud University for Islamic Studies.

Dissertation Topic  The Acts of King Doctrine: A Constitutional Transformation 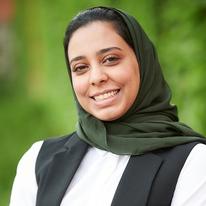 Ms. Badriya Basalem
Saudi Arabia
After finishing my LLM from the University of Minnesota I went back to my country, I got a License to Practice Law in Saudi Arabia. Also, I worked as a lecturer in law, and I am now completing my SJD to become a professor in law. 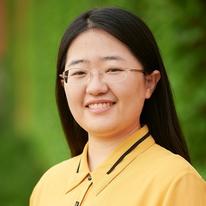 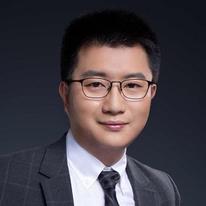 Mr. Guanming Liu
China
I am an attorney in China specializing in criminal litigation. I received my Bachelor of Law degree from Jilin University in China. Then I got two LLM degrees. One is from The Chinese University of Hong Kong, concentrated on common law. The other is from the University of Minnesota, concentrated on criminal justice. I have a broad interest in normative study including philosophy of punishment, political philosophy, moral philosophy, jurisprudence, comparative study of criminal law, legal culture, legal history, human rights, and global justice. To be a legal scholar has always been my dream. It is a noble career to advance human knowledge and justice. I do expect we can do it together if you have the same dream.

Dissertation Topic I am glad to participate in Minnesota's SJD program starting in 2019. This is an exciting beginning of my academic career. My dissertation focuses on the justification of punishment. Specifically speaking, I'm trying to develop a new theory of justifying punishment within the framework of Rawls’ philosophy. Prof. Rawls has established one of the most influential theories of justice in history. However, his theory is focusing on distributive justice rather than retributive justice. By applying his philosophical methods, such as original position and reflective equilibrium, I intend to construct a new version of retributivism. I find this research quite interesting and meaningful. It would at least explore three fascinating issues: (1) the relationship between distributive justice and retributive justice; (2) the foundation of punishment from social contract tradition; (3) the expected functions and limits of punishment. This research would also set standards for us to reflect and to reexamine the current penal practice: whether punishment can be regarded as an instrument, whether the state (or we) have a political obligation to rehabilitate offenders, whether the death penalty is morally permissible, etc. In a word, punishment requires justification. It is a significant way how we should treat other citizens in modern civilization. 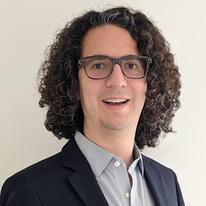 Mr. Daniel Vásquez Vega
Colombia
Daniel Vásquez Vega is an S.J.D. candidate at the University of Minnesota Law School. Originally from Colombia, he holds an LL.B. from CES University in Medellín and an LL.M. from University College London. After six years of working as an in-house attorney at Colombia's biggest insurance company, he joined the faculty of EAFIT Law School where, as an assistant professor, he teaches contracts, torts, and insurance law. He is also an arbitrator at the Medellín Chamber of Commerce and an Ad-Hoc Judge (Conjuez) of the Medellín Court of Appeals, Civil Chamber. His research focuses on contract law, Colombia's incorporation of stare decisis, and the importance of cases and case law in legal pedagogy.

Dissertation Topic  Contract law, Colombia's incorporation of stare decisis, and the importance of cases and case law in legal pedagogy 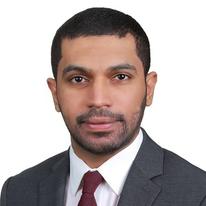 Dr. Abdullah Al Dossari
Saudi Arabia
Abdullah Al Dossari received his S.J.D from University of Minnesota Law School in 2019. He is an assistant professor of business and corporate law at King Faisal University in Saudi Arabia, and a judicial member of the committee for the settlement of financing disputes and violations; a judicial committee operates under the aegis of the Saudi Central Bank. Al Dossari’s research interests include corporate governance, securities regulations, mergers and acquisitions, and corporate bankruptcy.

Dissertation Topic Exit Rights and Protecting Minority Shareholders in a Saudi Limited Liability Company: A Case for Reform
In his dissertation, Abdulla suggested reforms to Saudi limited liability company law that would better protect minority shareholders. The analysis of his research emphasized the present difficulties a dissatisfied minority LLC shareholder faces when seeking to sell his or her stake in a company. His paper’s research demonstrates that the Saudi Companies Regulation (SCR) inadequately protects LLC minority shareholder rights, leaving them vulnerable to majority oppression. He concluded that the SCR should be reformed to incorporate more of the minority shareholder protections provided by United States’ LLC laws. 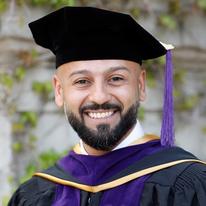 Dr. Mohammed Abdullah Al Mulhim
Saudi Arabia
Dr. Mohammed Al Mulhim holds a BA degree in Sharia law, two master’s degrees in law, and a S.J.D. degree from the UMN Law School. Mohammed is an assistant law professor at KFU Collage of Law and the President of the Tax Committee in the East Province, Saudi Arabia. Mohammed works to gain academic and hands-on experience in the domain of Human Rights Law, to fortify the organizations and educational institutions charged with the promotion and protection of these rights under Sharia Law. 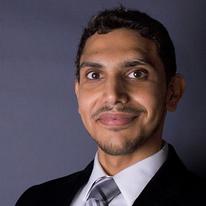 Dr. Nasser Altwayan
Saudi Arabia
Nasser Altwayan is an assistant Professor of corporate law at the Law and Policy Governance Department at the Higher Judicial Institute in Saudi Arabia, with a research focus and legal expertise in the Saudi Judiciary. He is also a legal counselor serving multiple clients in the field of business, corporate, and securities laws. He earned his Doctor of Juridical Science degree, S.J.D. from the University of Minnesota Law School in 2019 under the supervision of Professor Richard W. Painter. He also earned his Master of Law degree, LL.M., from the University of Minnesota Law School in 2016. He had another master's degree in Law focusing on International Commercial Law from the Higher Judicial Institute at Imam Mohammad Ibn Saud Islamic University in 2013. Nasser Altwayan has been focused his work for years on the field of corporate and securities law in Saudi Arabia and the global stage, and he is looking forward to helping to propose and provide solutions for business and corporate legal questions either in Saudi Arabia or internationally and cross-border commerce.